Use elaborate metaphors to make your point

Problems at work? Don’t make excuses for your under par performance – employ a creative/humorous/arrogant metaphor to explain why you have failed to do precisely anything your boss asked you to do.

“When you buy me, you are buying a Ferrari. If you drive a Ferrari you put premium fuel in the tank, you drive on to the motorway and you floor the accelerator.

*Use this exact metaphor with your boss today.

She recently said she doesn’t care for yoga or Pilates, but prefers traditionally male oriented weightlifting and boxing.

*Listen to some No Doubt and Gwen Stefani while lifting, then do a boxing workout.

Counterpoint to his darker side, Mewshaw tells how Vidal—an otherwise barbed tongue who once said, “Every time a friend succeeds, a little bit of me dies”—had a soul. He often helped others on the sly without drawing attention to himself.

*Help a friend today, without them knowing who did it.

Fortunately for Mr. Sharpton and others who owe taxes, the IRS isn’t too efficient. In fact, a recent government report says the IRS flubs 57% of tax collections.

One other big lesson from Mr. Sharpton? Records.

*Keep good records and don’t be afraid to question the IRS.

If there was any early obstacle, it may have been Alicia’s coloring: She is not the ice sculpture that Hollywood often imagines for its Nordics. Again and again, she has been asked to wear long sleeves and SPF 100 in order to help the makeup department conjure the desired pallor. “Two years of films where I had to be white as a ghost,” she says now, laughing. “But I’m a real Swede! In fact, I’m a quarter Finnish. Here I go, exploding stereotypes.”

Despite the turn of events, Gerda still loves both Einar and Lili, and tries with all her might to accept what was happening to her husband.

*Watch Alicia Vikander win an Oscar in The Danish Girl.

DeLuca co-founded the hugely successfully chain at 17 in Bridgeport, Connecticut, with Peter Buck in 1965. Since then, Subway has grown to over 42,000 outlets worldwide. In 2011, the Wall Street Journal reported that the company had surpassed McDonald’s in terms of outlets. The company’s success continued with the $5 foot long, though a bizarre lawsuit in 2012 famously claimed the sandwiches weren’t really a one foot in length.

*Your choice – you can go healthy (no cheese or mayo on wheat) or splurge with a meatball sub, add cheese, mayo, and bacon. If you go healthy, have a Danish for dessert. 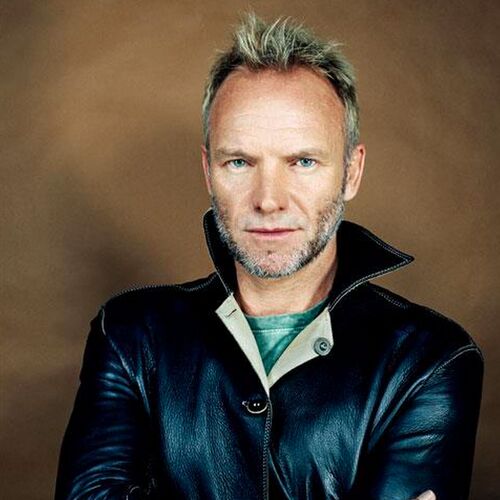 GET THE FAITH BACK DAY

He took his family history of cancer as an opportunity to stay healthy, not as an excuse not to. He was proactive and took control of his health, getting tested regularly for possible symptoms for many years. If you have a family history of cancer, speak with a genetic counselor and take President Carter’s example of not living in fear.

*Speak with a genetic counselor today about your family health history.

Weinberg stresses that McGwire is reasonable in his approach to training and diet. He said many fans would be surprised to know that McGwire’s workouts do not involve heavy lifting, but many repetitions of relatively light weights. Likewise, Weinberg said McGwire is careful in his use of androstenedione and creatine.

*Use light weights with many repetitions and research any supplements that you would like to use. Go to the batting cages and hit 70 home runs.

Harris reached deeper, his “classic Jesuit” education in evidence. “Did you ever read Pope John XXIII’s ‘Journal of the Soul’? He was one of the truly great popes and a great spiritual man. He says he would find faith maybe four times a week and then it would leave him. And he’d spend the rest of the day praying to get that faith back. And we thought the pope has faith 24 hours a day. No he doesn’t! He’s in doubt as well. But that’s religion. That’s the beauty of it. The doubt is as important as the certainty.”

*When the faith leaves you today, pray to get the faith back. You could also watch Richard Harris in The Sporting Life if you are sensing an immerging emptiness in your life.

Andrews’ father, Wells, was a very important person in her life. She remembered in her 2009 memoir, Home (via the LA Times), “He treated me and my siblings as his beloved companions, never dismissing or talking down to us.”

But at the young age of 14, Andrews learned shocking news that her father wasn’t the man she called her dad. In the same memoir, Home (via Daily Mail), Andrews recalls an evening in 1949 when she was performing at the house of a family friend. She described, “After I had sung, the owner of the house approached me…That evening the man came and sat on the couch next to me. I remember feeling an electricity between us that I couldn’t explain.” Later that evening, her mother asked her about the man and then proceeded to share, “That man is your father.”

In the late ‘90s, Andrews was the victim of a failed vocal chord surgery that resulted in the loss of her singing voice. That would have been devastating for anyone, but especially a performer whose livelihood had been built on her famous voice. Instead of giving up, Andrews picked herself up, refocused and continued developing her career by throwing her energy into other projects.
https://theatrenerds.com/5-life-lessons-from-julie-andrews/

*Take today to think about how you can refocus and continue developing your career. What are some other projects that you could throw your energy into?

Galifianakis, in his characteristically dry demeanor, barely gets through his time with Seinfeld when Cardi B shows up to make the episode, as Galifianakis puts it, “relevant.”

*Watch some episodes of Between Two Ferns starring Zach Galifianakis – the Barack Obama one may be the best.

Have a Snack between Breakfast and Lunch, and Another between Lunch and Dinner

Just in case you doubted the badass-ness.

*Take the advice of Brie Larson for snacking today and have some halibut for dinner – not just for the halibut but to promote better sleep.

For dessert, have a spoon full of sugar – yes, Julie Andrews won an Oscar for Mary Poppins in 1964.