After her trial for high treason – though, as Mary herself pointed out, she was not an English subject and therefore could not be tried for treason – in the wake of the Babington Plot, Mary was swiftly sentenced to death. On February 8, 1587, she mounted a scaffold that had been constructed at Fotheringay Castle and lowered her head for the executioner with dignity. 500 spectators watched in horror as the executioner swung a few times before finally decapitating her. It must have been an excruciating death.

According to at least one eyewitness, her little dog had been hidden in the voluminous folds of her dress and was discovered covered in its mistress’s blood and in a state of great agitation. He wouldn’t leave her body. At the end of her life, it seems that Mary still had at least one loyal friend.

Mary, Queen of Scots has been cleared of any involvement in the notorious murder of her husband, more than four centuries after the unsolved crime took place.

*Make sure that you have at least one loyal friend – even if it’s a dog. Thank that friend today and let them know that you want them by your side at your beheading.

How does one go about achieving the Dwight Howard physique?

Oh, man, I don’t want to give my secrets away, but I do love to see people healthy. If you want a great body, the first thing you have to start doing is running. Getting up early, running, drinking a lot of water, and doing something that’s really going to push your body to the limit, like boxing. Or some type of crazy cardio, like spinning.

Then, your diet. People think it’s all about what you do in the gym, but it starts with your diet. Once you get your diet right, you can start doing more running and different types of cardio.

And push-ups! Lots of push-ups.

*Get up early and run. Drink a lot of water. Do a boxing workout. And do lots of push-ups today. 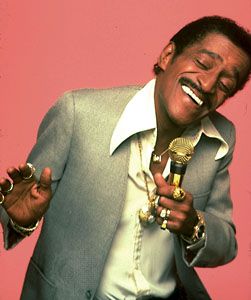 Davis led a controversial life. He converted to Judaism after his accident. He overcame addictions to drugs, gambling, and alcohol. He dated actress Kim Novak, and was the victim of racist threats when he married Swedish actress May Britt; that interracial relationship cost him billing at President John F. Kennedy’s inaugural ball in 1961 due to concerns about the political fallout from his appearance. While Davis was active in the civil rights movement, he broke with many in the African American community by openly supporting President Richard Nixon in his 1972 bid for reelection—most African Americans opposed him.

Davis’s marriage to the Swedish actress May Britt in 1960 shocked many Americans. At that time interracial marriage was forbidden by law in 31 states. Davis received virulent hate mail. One person wrote, “Dear Nigger Bastard, I see that Frank Sinatra is going to be the best man at your abortion.”

*Listen to Sammy Davis Jr. songs today and use his story as an example of perseverance. 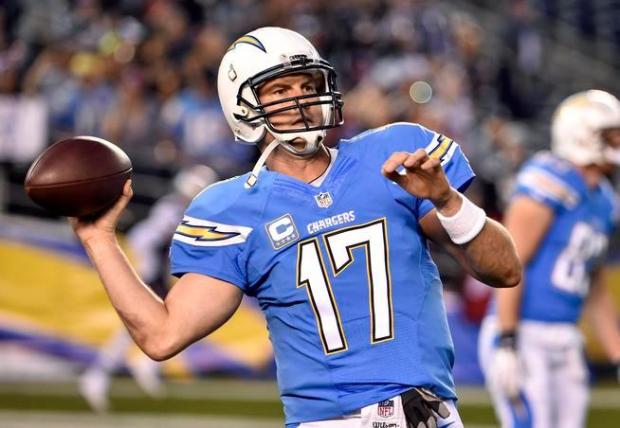 This is how Rivers, a Charger since 2004, didn’t have to relocate even though his team did. In order to remain a San Diegan, Rivers invested in just about the most L.A. vehicle ever. Three days a week during the season he will make the commute from his San Diego home to the Chargers’ Costa Mesa facility. It’s a trek many know too well – and dread. Rivers will do it in a different, more efficient manner.

Essentially, his mode of transportation is a mobile man cave with the seats like those in a first class airplane set side-by-side in the back facing forward, plenty of room for a 6-foot-5 quarterback to fully recline while watching film on the 40-inch television screen separating the front seat and rear cabin. There is satellite TV, WiFi and a small refrigerator Rivers would rather you call a cooler.

Still, we’re talking about a man who likes frills the way he likes interceptions. Rivers lives as about as modestly as one can when his career earnings are bumping up against $200 million.

*You may not like frills, and you may want to live modestly, but when it comes to being better at your job AND spending more time with your family, the sky is the limit.

Jim Morrison 1943 listen to The Doors

He was fascinated by the assassination of JFK.

If Jim wasn’t aware of it, he certainly would’ve found it interesting that the first job of his father, Admiral George S. Morrison, when he took command of the USS Bon Homme Richard on November 22, 1963 was to tell the crew that President Kennedy had been assassinated in Dallas. “Kennedy’s death occupied a dark corner of the Morrison psyche, making frequent appearances in notebooks and later lyrics,” wrote the website Weirdland. “‘Dead president’s corpse in the driver’s car’ is one of the keystone images from both ‘Celebration of the Lizard’ and the song excerpted from this long poem, ‘Not to Touch the Earth.’”

*Listen to The Doors today and/or watch the movie about Jim Morrison and The Doors.

Mickey Rourke woos Kim Basinger using her taste-buds only, teasing her with everything he can find in the refrigerator, from sugar-sweet maraschino cherries to tongue-scorching jalapeños. But the honey he puts on her outstretched tongue is the icing on the sexual chocolate cake, and turns their sexy game into a real deal romp on the kitchen floor.

*Make this cherry jalapeno honey Mexican pork so you have cherries, jalapenos, and honey left in the fridge to use after watching 9 ½ Weeks.