Sartre and De Beauvoir applied their principle of freedom, above all, to their own partnership, a magnificently successful one that lasted half a century from its beginning in 1929 to Sartre’s death in 1980. They wanted to share their lives but didn’t want to accept conventional limitations, so they agreed to remain primary partners while indulging in polyamory with others.

Jane Russell had a lauded hourglass figure. She reportedly hated diets and never counted calories, only opting to cut alcoholic drinks if she ever needed to give up anything. To slim down, she practiced enjoyable routines such as hula hooping, archery, swimming, tennis, skiing, golf and dancing.

*No booze today and pick one of the following enjoyable routines – hula hooping, archery, swimming, tennis, skiing, golf, or dancing.

Much more important for any lover of freedom, however, is the manner in which he went about his defiance. He acted peacefully, openly, with total dedication to principle. He took responsibility for speaking the truth. He did it with a clean conscience. He has been willing to face the consequences for his actions.

*Act peacefully, openly, and with total dedication to principle today. Speak the truth and have a clean conscience. Watch Snowden for inspiration.

“Inspiration is much more effective than delegation,” says the eBay founder

*Inspire others with your work ethic. Show them how it should be done, instead of just telling them to get it done.

“Don’t be a turd. If you are strong, be a protector. If you are smart, be a humble influencer. Strength and intelligence can be weapons, so do not wield them against the weak. That makes you a bully. Be bigger than that.” 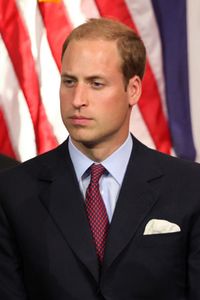 In his speech, William, who is expecting his third child with the Duchess, recalled visiting a homeless shelter with his mother when he was young. At the time, Diana explained to her son why the people he met there mattered and “why no society can be healthy unless we take other people seriously.”