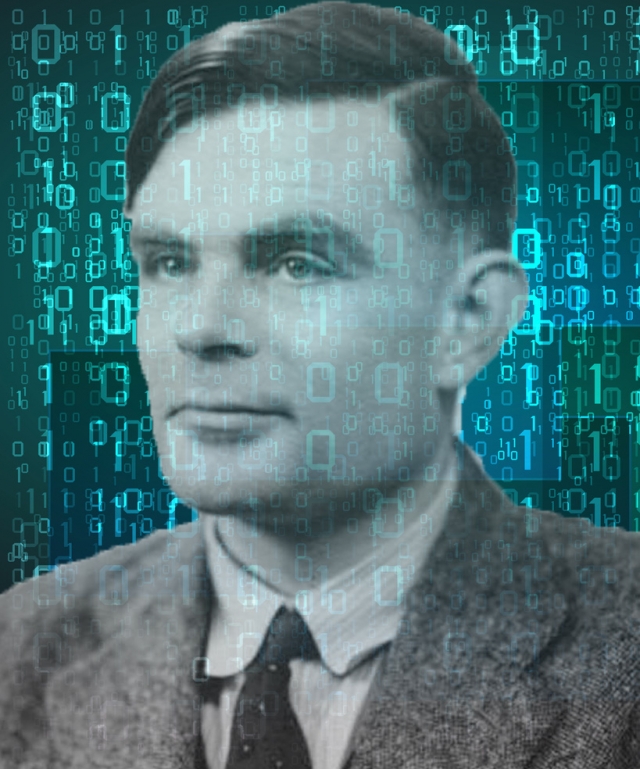 Just as Sir Isaac Newton used mathematics to push back the bounds of our understanding of the movements of the planets and other heavenly bodies, Alan Turing was already making the mathematics to take us into the strangely embodied, and even more strangely disembodied, informational world we live in today. He seeks to map out mathematically the wilds where logic meets information. And The Imitation Game movie is the machine which bears us to the meaning intrinsic to, yet beyond, the mundanities of historical incident.

*Watch The Imitation Game to see how Alan Turing uses mathematics to take us into the informational world we live in today.

Despite being told as a child she would never walk again, Wilma Rudolph relentlessly pursued her dreams becoming an international track and field star. At the height of her career, “the fastest woman in the world” used her platform to shed light on social issues.

*Take a walk with your mother and let her know how much you appreciate her support.

Tomlinson kept his speech to 26 minutes, but I could have listened to him for twice as long. That’s how inspiring the message was from the former running back, who not only revealed the depth of his heart but also challenged America to develop a unified soul.

He segued into his closing theme by sharing his family’s roots, traced back to his great-great-great grandfather, George Tomlinson, who came to America on a slave ship 170 years ago from West Africa. Tomlinson reminded fellow Americans that unless they are Native Americans, their ancestors came here from somewhere else.

Experience your ancestry in a new way! Get a breakdown of your global ancestry by percentages, connect with DNA relatives and more.

*Yes, if you are an American, then you owe it to someone who came to this country (willing or unwilling). Take today to research your heritage and find out how you became an American.

Mraz wants to garden more, surf more, have a kid, put some of the money he’s saved from selling 4.5 million albums nationwide toward a good cause. So he’s started a campaign with his manager: “#RetiredAt40.”

*What do you want to do more of, instead of working? Start your own campaign to retire early. Mine is #retiredat55. Listen to Jason Mraz for motivation.

WHERE IS THE DANGER IN TWO PEOPLE THAT LOVE EACH OTHER BEING MARRIED?— Traits and cardinal aspects aside, the overbearing societal rules hovering over the right and privilege of marriage cloud the picture.  Unfair prejudices have tried to govern the love that constitutes and creates those unions.  When you look at a brief list of the civil benefits of marriage allowed by the law, one should ask where is the harm in granting those items to two people regardless of race or other orientation, especially if they love each other and wish to raise a family.  Those that oppress such forget that route of the American Dream.  Progress has been made in the courts, but society has a long way to go for full acceptance.

*Watch Joel Edgerton almost win a Golden Globe in the historical movie Loving. Watch it with someone you love – hopefully you can legally marry this person, if you haven’t already.

The star’s weight peaked at 350 pounds in the early 2000s, but his struggle with obesity began long before then. As a child in Louisiana in the 1960s, he grew up eating delicious yet fatty foods like sausage and grits and bread pudding. But everything changed during his early days at American Idol, when he got a diagnosis of type 2 diabetes from his doctor. When Jackson got the news about his health, it was a big wakeup call for him to begin his weight loss journey. And what a journey it was!