GET A FACE TATTOO DAY

French thinker Finkielkraut draws on the universal values of the French Enlightenment to argue that every citizen in a democratic society has an obligation to become fluent in the dominant language and culture.

“That’s the reason why suicide rates are going up — people are afraid to talk and open up,” said Phelps.

Today, by sharing his experience he has the chance to reach people and save lives — “and that’s way more powerful,” he said.

“Those moments and those feelings and those emotions for me are light years better than winning the Olympic gold medal,” said Phelps.

“I am extremely thankful that I did not take my life.”

In terms of his diet, it has been reported that Phelps eats 12,000 calories a day, around 4,000 calories per meal. For breakfast, Phelps eats three fried-egg sandwiches with cheese, lettuce, tomatoes, fried onions, and mayonnaise. Then he drinks two cups of coffee and then consumes a five-egg omelet, a bowl of grits, three slices of French toast with powdered sugar and three chocolate-chip pancakes. For lunch, Phelps eats a pound of pasta and two large ham and cheese sandwiches on white bread with mayo. He then drinks about 1,000 calories worth of energy drinks. For dinner, Phelps eats another pound of pasta and a full pizza followed by another 1,000 calories of energy drinks.

*Try to eat 12,000 calories and then try to burn them all off by swimming. *Don’t swim on a full stomach.

If she could have swallowed her pride, Lena Horne could have had an easy life. Born into a middle-class African-American family in New York in 1917, she was beautiful, talented and ambitious. Until the very end, she never once softened her firm stance against racism or missed an opportunity to advance the cause she believed in.

*Don’t swallow your pride. Stand up for what is right. Listen to some Lena Horne to soothe your soul.

A lot of people assume that Muhammad Ali was my favorite boxer. But I have to say it was Roberto Duran. I always looked at Ali as being handsome and articulate. And I was short and ugly and I had a speech impediment. When I saw Duran fight, he was just a street guy. He’d say stuff to his opponents like, “Suck my fucking dick, you motherfucker. Next time you’re going to the fucking morgue.” After he beat Sugar Ray Leonard in that first fight, he went over to where Wilfred Benitez was sitting and he said, “Fuck you. You don’t have the heart or the balls to fight me.”

It Starts With Your Mindset

You may not have the skill at the moment to succeed with your goals, but as long as you have the right mindset, eventually you will develop the level of skill needed to achieve that success.

*Your mindset should be – I am going to develop the level of skill needed to achieve success at what I am most passionate about. 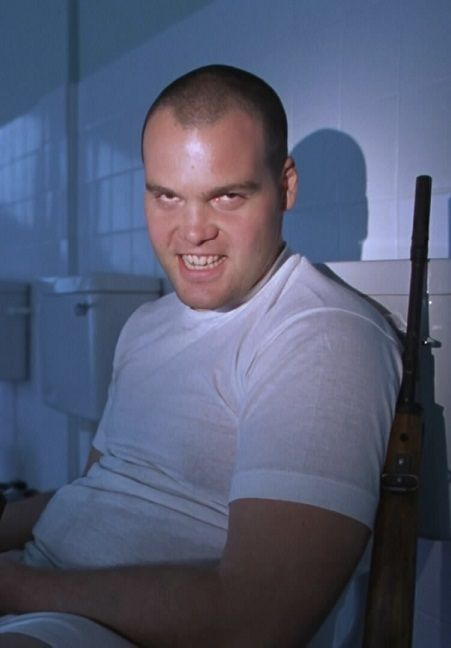 In addition to the weight gain, D’Onofrio also shaved his head for the role, and was surprised by how much it affected him. ”It changed my life,” D’Onofrio told The New York Times in 1987. ”Women didn’t look at me; most of the time I was looking at their backs as they were running away. People used to say things to me twice, because they thought I was stupid.” To this day, it’s the most weight any actor has ever gained for a movie role.

*This is my favorite movie of all time – enjoy.

Where are you traveling next?

Wherever I go, it must have great food. Cuisine is the first thing I ask about when I get off the plane. Where do we eat?

*Make David Alan Grier’s prosciutto sandwich and enjoy it while watching him in old episodes of In Living Color.