GO WHERE EVERYBODY KNOWS YOUR NAME DAY

Johnson traveled to Washington, D.C. to be sworn in as the new Vice-President. On the evening of March 3, Johnson attended a party held in his honor, where he drank very heavily. He was quite hung over the next morning at the Capitol, and before his inauguration ceremony he asked Vice President Hamlin for some whiskey. Hamlin produced a bottle, and Johnson took several stiff drinks. Johnson told Hamlin, “I need all the strength for the occasion I can have.”

At the ceremony, Johnson was called upon to say a few brief remarks, but he rambled on speaking for seventeen minutes. (Usually the Vice-President’s remarks are much more brief.) In the speech he stressed his “Plebeian” roots, and he reminded those present that each had received their office from the people, pausing to name each cabinet member specifically. He had to be encouraged to end his remarks by Hamlin who had to tug on Johnson’s coat to get him to stop. When Johnson paused, Hamlin took advantage of the break to give Johnson the oath of office of the Vice-President. Johnson put his hand on the bible and said in a loud voice, “I kiss this book in the face of my nation, the United States!” Usually after the new Vice-President has been sworn in, it is his duty to administer the oath of office to all newly elected Senators, but Johnson was too drunk to do this and a senate clerk had to perform these duties.

Senator Zachariah Chandler described the incident as follows: “The inauguration went off very well except that the Vice President Elect was too drunk to perform his duties & disgraced himself & the Senate by making a drunken foolish speech.”

My main rules were that it had to include the whole body, and it had to be interesting. Everything was a big movement – we’d work with kettlebells, do deadlifts, pull-ups and drag chains.

*Have your trainer put you through a whole body workout that is interesting. Use kettlebells, deadlifts, pull-ups, and drag chains. Watch Jude Law almost win an Oscar in Cold Mountain for motivation. 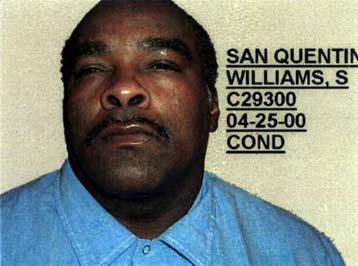 Stanley Tookie Williams was nominated for the Nobel Peace Prize five times while in prison for murder.

“If redemption wasn’t made for people with our experiences, then for whom?” Stanley Tookie Williams, former Cripps gang member 1953 – 2005

*Redemption is available for everyone. No matter what you’ve done, ask God for forgiveness today.

Due to bad luck, losing a patent battle, and rather lackluster marketing skills, Goodyear died little known and with massive debt

Applying for a patent is a long and involved process. It helps enormously to know the steps of the patent application process. These five steps will help you plan out the patent process as you seek to protect your invention.

*You can’t help bad luck, but today is the day to patent your business (if you haven’t yet). Use Legalzoom’s 5 steps to help guide you so you won’t die little known with massive debt.

Danson spent two weeks at a bartending school in Burbank, California as part of his training to play Sam.

*Watch as many episodes of Cheers as you can. It may just motivate you to go to bar tending school yourself. Or go to your local spot and drink too much – like Andrew Johnson.

In 1963, Baker developed a way to keep breading attached to the nuggets during frying and enable people to eat the chicken without the breading falling off. This resulted in the popular nuggets that today are a staple in grocery stores and fast-food restaurants.

*In honor of Robert C. Baker’s birthday, get your favorite chicken nuggets and enjoy them while watching Cheers.