BE A PRAGMATIST DAY 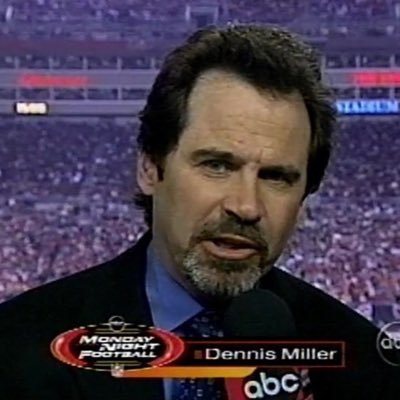 Q: In a sense, does your career mirror Winston Churchill’s notion that if you’re not a liberal at 20, you have no heart; if you’re not a conservative at 40, you have no brain?
A: That’s exactly the process I’ve gone through. I’m 53, and I’m a pragmatist. We watched punks blow up our buildings and, what, I’m now supposed to sit around and think about how we wronged the punks? Things get cut and dried as you get older. And what about the people who never, ever change the way they think about things? Those are the people I slide away from at cocktail parties.

“The attitude [of pragmatism] is looking away from first things, principles, “categories,” supposed necessities and looking towards last things, fruits, consequences, facts.”

*Be a pragmatist like Dennis Miller. Don’t be a person that never changes the way that they think about things. I’m not telling you to become a conservative Republican, but let go of stubborn principles. “If I’m traveling or don’t feel like leaving my house, these are all the moves I try to get in — in just 11 minutes!”

*Do this Kendall Jenner workout in just 11 minutes. Your dad will be proud of you.

*Stand (or kneel) for something that you know is right, even if it means sacrificing everything. People are destroying their Nike gear in protest of a commercial featuring Colin Kaepernick who became infamous for taking a knee during the national anthem in protest of police brutality. This would lead a lot of people to Adidas. Our next birthday will teach you that the founders of Adidas were part of the Nazi party.

Although the brothers joined the Nazi party when Hitler seized power in 1933, it didn’t stop them from getting legendary African-American track star Jesse Owens to wear their shoes as he competed and won four gold medals in the 1936 Olympics.

Named Game of the Year by over 50 publications, Valve’s debut title blends action and adventure with award-winning technology to create a frighteningly realistic world where players must think to survive. Also includes an exciting multiplayer mode that allows you to play against friends and enemies

*Before there was Fortnite, there was Half-Life. If nothing else, your kids might want to join in on this one and help you.

ABC canceled “Roseanne” and fired Barr hours after she sent a tweet that was perceived as racist. In the tweet, Barr said former Obama aide Valerie Jarrett looked like a mixture between the Muslim Brotherhood and Planet of the Apes.

*Enjoy these Roseanne loose meat sandwiches. Invite some friends over – all of different political affiliations, and talk about Dennis Miller, Colin Kaepernick, Nazi Adi Dassler, and Roseanne Barr all sharing a birthday today.