TRY LIFE WITHOUT A COMPUTER OR CELL PHONE DAY

Diplomacy was not Babbage’s forte and his social and professional personas were at war. Proud and principled, he was capable of incontinent savagery in his public attacks on the scientific establishment, often beyond ordinary sensibility. He offended many whose support he needed behaving sometimes as though being right entitled him to be rude. The title of the first biography on his life was called ‘Irascible Genius: A Life of Charles Babbage, Inventor’. The twin characteristics of irascibility and genius remain the defining signatures of his historical portrait.

In a prophetic passage written towards the end of his life Babbage affirmed his conviction in the value of his work.

If unwarned by my example, any man shall undertake and shall succeed in really constructing an engine … upon different principles or by simpler mechanical means, I have no fear of leaving my reputation in his charge, for he alone will be fully able to appreciate the nature of my efforts and the value of their results.

Charles Babbage (1791-1871), computer pioneer, designed the first automatic computing engines. He invented computers but failed to build them. The first complete Babbage Engine was completed in London in 2002, 153 years after it was designed.

*Don’t be irascible today. You may offend people, whose support you need. Being right doesn’t entitle you to be rude. It may lead to you inventing the next great thing but never building it. 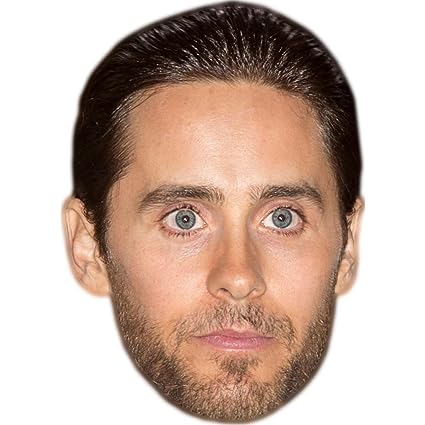 Although Leto is a cycling enthusiast and incorporates other forms of cardio into his training regime, he still utilized 3 days a week of weightlifting mixed with his cardio, outdoor activities and yoga.

*Try any day of this Jared Leto Joker Workout. Or you can pick cycling, weightlifting, or yoga. Watch Suicide Squad for motivation or listen to Leto’s band – Thirty Seconds to Mars.

“You either let it kill you, you let it break your heart and destroy
you forever, or you try to make sure that Adam didn’t die in
vain,” Walsh remembers Wright telling him.

“That conversation with Dr. Wright was my come-to-Jesus
moment. I went home, and I stopped feeling sorry for myself.”
From that moment on, John Walsh, now 64, set out to make
sure his son did not die in vain.

What can you do?

*In honor of John Walsh’s birthday, think of making a commitment to supporting The National Center for Missing and Exploited Children in your community.

Martin Cooper 1928 – basically the inventors of the computer and the cell phone share a birthday today.

“He contributed to every significant advancement in Wireless communications from the first car phones to the radio pager. He conceived and demonstrated the first portable cellular phone in 1973.”

Cooper stressed that innovation should not be akin to magically pulling a novel technology out of a hat, but should focus on solving real-world problems.

“Everything we do is an improvement,” Cooper said. “The challenge is not to create technology for the sake of technology. Technology should only improve people’s lives. If you try to create a technology that is too advanced, people are not going to use it.

*As this year is coming to an end, you may be thinking about getting a head start on a business idea for next year. Focus on solving real world problems. Something that can improve people’s lives.

If you think watching the epic craziness of Game of Thrones has changed your life (or at least a bunch of your Sunday nights), then you’ve got nothing on Kit Harington.

After the show scooped the best drama series Emmy, Harington was asked backstage what being part of GoT as Jon Snow had done for him, and he had a pretty good answer.

“I met my wife in this show,” he said, referring to Rose Leslie, who played Jon’s tragic lover Ygritte, and whom he married earlier this year. And that’s not all. Are Harington and Leslie are planning to have little GoT babies?

“It gave me, hopefully, my future family,” he added, “and my life from here on in.” Okay, well, that’s fairly huge.

*Watch Kit Harington as Jon Snow in HBO’s Game of Thrones. Your future may depend on it.

Official guidelines have been issued to restaurants across China instructing them how to cook Mao Tse-tung’s favourite meal, an unctuous dish of pork.

Have a Fireball Jon Snow Cone for dessert.