THINK ABOUT A DRASTIC CHANGE DAY

On April 12, 1955, the results were announced: the vaccine was safe and effective. In the two years before the vaccine was widely available, the average number of polio cases in the U.S. was more than 45,000. By 1962, that number had dropped to 910. Hailed as a miracle worker, Salk never patented the vaccine or earned any money from his discovery, preferring it be distributed as widely as possible.

Salk spent his last years searching for a vaccine against AIDS. He died on June 23, 1995 at the age of 80 in La Jolla, California. His life’s philosophy is memorialized at the Institute with his now famous quote: “Hope lies in dreams, in imagination and in the courage of those who dare to make dreams into reality.”

*Over the past 10 months you have come up with a dream. Hope lies in that dream. Have the imagination and the courage to make that dream into reality. When your dream does come true, share it with the world.

Not only has the 65-year-old replaced meat with soy products, but she has also been eating smaller portions.

*Replace meat with soy for a meal today. Eat smaller portions throughout the day. Change is sometimes necessary.

Tempeh Fajitas Recipe
Tempeh works great as replacement for beef or chicken in fajitas because it’s firm enough to slice into strips and marinate. In this recipe, it’s grilled along with the veggies, adding even more flavor to the dish. 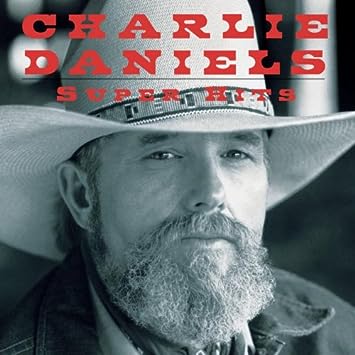 Now you play a pretty good fiddle, boy, but give the Devil his due.
I’ll bet a fiddle of gold against your soul ’cause I think I’m better than you

The Everyday Wisdom of Charlie Daniels

Beloved American icon and Grammy Award–winning musician Charlie Daniels shares wit, wisdom, and life lessons he has learned from traveling and playing across the country. Through 100 readings with Bible verses and clever, pithy “Let’s All Make the Day Count” statements, Charlie will inspire you with his positive attitude, timeless wisdom, and powerful spirit.

*Listen to the Charlie Daniels Band’s “The Devil Went Down to Georgia” for a cautionary tale about selling your soul to the devil. Look into getting his book – Let’s All Make the Day Count for daily inspiration.

Learn to Say ‘No’

No matter how ambitious you are, there are still only 24 hours in a day. And often, the difference between the successful and unsuccessful is how those hours are invested.

*Time is money. Invest in your 24 hours every day, by learning to say “no” to things that aren’t going to help you achieve your financial goals.

Global Citizen is an initiative to recruit tens of millions of people to learn about global issues and take action to end extreme poverty. Everyone—from ordinary citizens to governments, businesses, and charities—has a role to play. Unlock your power

Much hype was made of how Joaquin Phoenix and Reese Witherspoon performed all the songs themselves, but the actor admitted after the film was released that he wasn’t certain that was the way to go until one week before shooting.

*Wear all black as you watch Joaquin Phoenix as Johnny Cash in Walk the Line.

As you’ll see, the recipe is shockingly butter-heavy, and the Scotch whiskey is an interesting touch.

*Enjoy Julia’s peach crisp as you watch her win an Oscar as Erin Brokovich (she did not win an Oscar in Pretty Woman, but it makes for a better date movie). Then watch Joaquin Phoenix almost win an oscar as Johnny Cash in Walk the Line.

Some big birthdays today with a lot of CROSSOVER opportunities. Remember that each day is set up for you, but you can always adjust and adapt as you see fit.