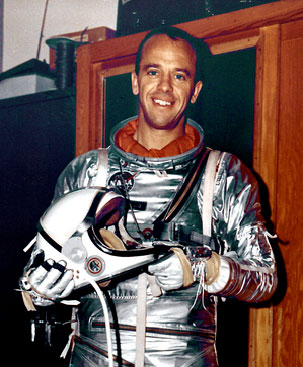 Located at the East End of State Road 520
Shepard Park is a 5-acre, ocean-front park providing picnic, shower, and restroom facilities for guests. The park was named after astronaut Alan Shepard and provides an excellent view of space launches.

*Believe that your talent and ability can be applied effectively today.

Yamaniyamadi Samadhi yukta – the practice of all the eight limbs must be undertaken with mental restraint (vritti nirodha).  As we all know, yoga practice is not merely asana practice. All the nuances of the practice should be learned from a right guru. Practicing without knowing theses nuances will not lead to the desired result. It can also result in injuries.

The Yoga for You

Find the right yoga poses for you. Discover step-by-step pose instruction, expert advice from top teachers, and asanas curated for your needs—all to enhance your practice.

*Find the right poses for your needs and practice them today. Go to your nearest yoga studio for help and further training.

Parker, who grew up in a Christian church, went on to add that he hopes the film helps fellow Christian viewers “at a crossroads” by posing the question of “where is the line” drawn when it comes to justifying religion and oppression.

“I feel like we see that a lot in 2016 ― more often now than I ever could’ve imagined. I ask myself: ‘If Christ was here, how would he react to the misuse and misrepresentation of his name and his actions,’” he said.

“’How might we be more effective in holding ourselves as Christians accountable to his actual word?’ I, for one, believe that partisanship should have nothing to do with the actions of Christ. You’re either Christlike, or you’re not.”

*Watch Nate Parker in The Birth of a Nation (2016). Afterwards, ask yourself if you are Christlike or not. Under Johnny’s leadership, Capitol was uncompromisingly dedicated to musical excellence, a policy that reflected Mercer’s approach to all his work.

Henry Mancini and Johnny Mercer had impeccable track records. The former had been responsible for the Pink Panther theme, the latter had provided the words for Hooray for Hollywood, One for My Baby and a dozen others.

Mancini and Mercer were eventually awarded four Oscars each, including one, in 1962, for best movie song with Moon River, from Breakfast at Tiffany’s.

*Be uncompromisingly dedicated to the excellence of your work, and your company will reflect it. Watch Breakfast at Tiffany’s for motivation.

Renowned for almost always declining to discuss his nose, Wilson once spoke out about his trademark snout, saying: “You know, probably my nose wouldn’t have been that great even if it hadn’t been broken.”

In the end he discovers that longing for a “golden past” is a recurring theme of any time period, as some prefer to be nostalgic about a romanticized past rather than accepting the messy present and uncertain future.

*You may have just watched Wedding Crashers again yesterday for Rachel McAdams’ birthday so make time for Owen Wilson and McAdams again, in Midnight in Paris today.

David Ortiz is opening up about his recovery, months after being shot in the Dominican Republic.

In his first interview since the incident, Ortiz, 43, emotionally recalled details of the night he was shot and explained the difficulties he’s faced during his recovery.

“I almost died, man,” Ortiz said while tearing up, during his Univision interview, according to a translation by CNN. “I was in a coma. People were criticizing me as if I deserved to be killed.”

Over the duration of his career, David earned 10 All Star Game selections and 7 AL Silver Slugger Awards. His name will forever be in the history books as one of only 27 players in baseball history to hit 500 career home runs. At the designated hitter position, David holds the all-time MLB record for hits, runs batted in, games, plate appearances, at-bats, runs, doubles, total bases, extra-base hits and walks. And most importantly, he led the Red Sox to two more World Series championships in 2007 and 2013, when he also won the World Series MVP.

*If you don’t live close enough to a Wahlburgers, try to create your own Big Papi burger. David Ortiz was shot during the production of this. Big Papi has survived though!