DON’T BE DEFINED BY HOW OTHERS SEE YOU

Andersen compared his own life to the story of “The Ugly Duckling”, seeing his prosperity and fame later in life in stark contrast to how he was treated before the public found value in his work. Unlucky in status, in love and in looks, Andersen refused to let others intimidate him out of using his talent and became determined to only live up to the standards that he set for himself.

*No matter what you are “unlucky” in, work hard to live up to the standards that you set for yourself. 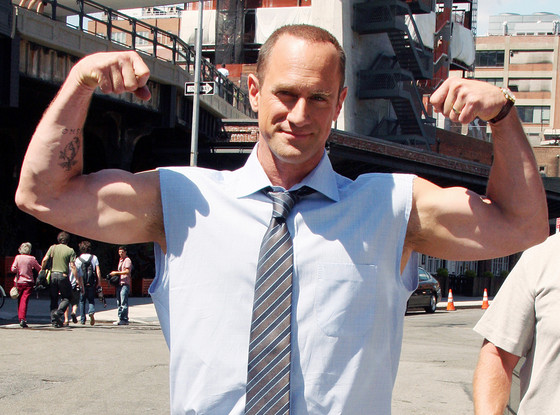 In previous years, Meloni would put his body through 90-minute workouts, attempting to lift the heaviest weights possible. Today, his weight-room regimen consists of a jam-packed hour that extends to 90 minutes only on the days he tacks on an extra treadmill session. “The workouts are fast and intense,” he says—he prefers to “hit it and quit it” while “targeting exactly the muscle group I want to fire.”

*“Hit it and quit it” with a jam-packed hour work out and throw in another 30 minute treadmill session if you feel like solving a big SVU murder later.

“Charlemagne is reputed to have said that to speak another language is to possess another soul,”

*Start today and you could learn another language by the end of this year. Living in Florida and teaching several Spanish-speaking students every year, it makes sense for me to learn Española.

His first job as a janitor brought him 10 cents an hour.   In 1893 he took a cut in pay to 5 cents an hour in order to enter a four year machinist apprentice program.

*Think about how you could change jobs to help your future business plans. I know that teaching is getting in the way of me promoting 365DOLF. If I had the courage, I’d retire from teaching right now to pursue my dreams full time.

There is as much war, uncertainty and hurt in the world now as there was when these songs were laid down and Gaye always sounds as though he is singing with one eye on the future and one on the present. These songs, then, sound every bit as relevant to the world we live in now as they were to the one in which they were composed. A welcome introduction and also a stunning reminder of one of our great lost artists.

*Be reminded of Marvin Gaye’s greatness by listening to his music today.

*This is the stew you’re looking for