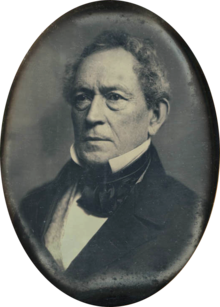 At Gettysburg, Everett held the crowd spellbound for two hours. But his words are not the ones that are remembered from that day. When Abraham Lincoln followed Everett to the podium, the president spoke for only three minutes, but what he said entered the national memory and has remained there ever since.

*A great DYK conversation starter. “Happy Birthday to Edward Everett. Who’s that? Are you kidding? That’s who spoke before President Lincoln at Gettysburg.”

Over the weekend, rumors spread that this year’s Victoria’s Secret Fashion Show in Shanghai would be Alessandra Ambrosio’s last one ever. Though reports yesterday appeared to confirm the news, the VS Angel refrained from publicly addressing the news herself on social media—until now. In an emotional Instagram post this morning, the model said goodbye to the VSFS, after walking 17 shows.

Ale (or Alessandra) demanded that she wants to have long legs, thinner thighs and also a tight buttock. Leandro worked on her query and as a result, he gave birth to a great idea called “Brazil Butt Lift” Despite a life of privilege, Ethel Kennedy is no stranger to tragedy. Her parents were killed in a plane crash in 1955. Besides her husband, she lost two children — Michael in a skiing accident in 1997 and David from a drug overdose in 1984 — and the family has had its share of legal troubles.

*No matter how great someone’s life looks, remember that people are dealing with life’s tragedies all of the time. You don’t know what the people that you encounter today are dealing with. Michelle Phan may have got a humble start on YouTube, but she is well on her way to helming a billion-dollar unicorn: her subscription beauty sampling business, Ipsy, last month raised $100 million to value the company at over $500 million.

“I didn’t have a roadmap, I just did it because it was meaningful to me and I wanted to disrupt the beauty industry,”

“The first advice I give to any women who want to become an entrepreneur is find a problem that you see in any industry, and if you’re very passionate about it, find a solution,”

*You might not have a road map – do what is meaningful to you. With YouTube and social media, the sky is the limit to be an entrepreneur. Find a problem and solve it online for people. What industry can you disrupt?

Joss Stone is a free spirit full of positivity and substantial spunk, who has chosen how she wants to live her life and has made those dreams come true.

*Listen to the positivity and spunk of Joss Stone.

Actress Jennifer Esposito came by The Chew to talk about her struggle with Celiac disease and to whip up her No-Bake gluten-free Banana French Toast recipe.