FRANKLY, MY DEAR, I DON’T GIVE A DAMN DAY

Hughes’ poetry shows how a good poem can do what our routine political palaver doesn’t, which is to make us feel something deeper than the anger that animates the way we argue about our problems. If only for a moment, it shines a light through the fog.

The past has been a mint
Of blood and sorrow.
That must not be
True of tomorrow.

*As you start your second month of the year, hopefully everything has gone well. But if the past month or your past in general, has been a mint of blood and sorrow, remember that must not be true of tomorrow. 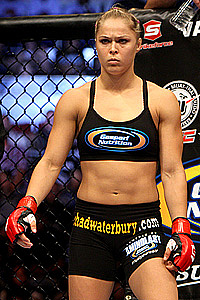 Not for the faint of heart, this circuit is made up of stability exercises – demonstrated by none other than MMA fighter Ronda Rousey — to improve upper-body and core strength, both of which are important for MMA fighting.

What to do: Perform the prescribed number of reps for each move, then immediately move onto the next. After your last exercise, return to the first move and repeat the circuit up to three times. (Beginners, follow the tips with each exercise to make the moves easier.)

*Follow the above workout that made Ronda Rousey, at one time, “The Baddest Woman on the Planet” 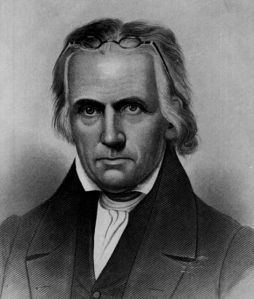 Live to God; be devoted to him in heart, and in all your undertakings. Be a sincere Christian— i.e., imbibe the doctrines, obey the precepts, copy the example, and believe the promise of the gospel. And that you do so, read it, study it, pray over it, embrace it as your heritage, your portion… Live by faith in the Lord Jesus Christ, both “for wisdom, righteousness, sanctification, and redemption.” Above all things, attend to this, for without him you can do nothing, either to the glory of God or your own good.

His son, Alexander Campbell, wrote of him: “I never knew a man, in all my acquaintance of men, of whom it could be said with more assurance that he, “walked with God.”

*Live to God today. Be devoted to him in heart and in all undertakings. Live by faith today for wisdom, righteousness, sanctification, and redemption. Walk with God today.

Don’t act against your financial self-interest.

Of course, all your motives shouldn’t be mercenary. But Scarlet and Rhett understand, long before many of their friends and family, that the Civil War is a fight that the South cannot win. Its cotton- and slave-based economy can’t survive against the North, whose economy is bolstered by manufacturing and trade with other countries. Ultimately, many of their friends lose their lives fighting in the war, and those who survive are left impoverished. Even Ashley Wilkes, Scarlett’s long-time love, realizes that fighting to maintain the old system is a fool’s errand, yet he persists. His decision, if not for Scarlett’s financial help, would have left him without a penny to his name.

*When you make decisions about your financial future, make sure you’re thinking prudently about the consequences of your choices, and don’t let emotions or ideology guide your actions.

The Jeffersons, like its parent show All in the Family, was hardly the usual depiction of the American experience on network television. It waded into treacherous and uncertain waters, pulling its viewers into currents of class and race avoided by most network shows. The confluence of these forces left in its wake vocabulary and expressions unlikely to be taught to us in any ESL or citizenship classes, and impossible to imagine being used on a broadcast network today: Honkey, zebra, nigg—, goin’ to the john, she’s a fox.

*Watch as many episodes of The Jeffersons as you can, while realizing that it was on in primetime on network television. It’s a series that would probably have to be on Netfilx or FX today.

With all the hoopla that has surrounded her, it’s easy to forget that Lisa Marie Presley is at heart a simple Southern girl whose earliest musical memories are of obsessively listening to 45’s in her bedroom at Graceland and of her dad catching her singing into a hairbrush in front of a mirror at the age of three.

Elvis had his fried peanut butter and banana sandwiches—Lisa Marie has taken the sandwich to a whole new taste dimension by adding bacon, cheese and chocolate sauce. (We’re guessing the real Lisa Marie knows nothing about this sandwich…but hey, it’s all in fun!)

*There will be a lot of healthy recipes provided this year. This is not one of them. Consider this a cheat meal to start the month of February. Thank you. Thank you very much.

Here is a list of things that I did for the first time, in just the first month, thanks to 365DOLF.

As I reflect on this past month, it’s obvious that I need to work out more in February.