Those who seek and are open to truth will have enemies

This brings us to the church, or shall we say “religion” generally. The church hated Galileo and everything he said and stood for. He questioned what they thought they “knew”, which unsettled them, scared them, and threatened them. But they had power.

He was declared a heretic and sentenced to house arrest for his remaining life.

The Catholic Church, having condemned him, decided–359 years later, in 1992 that Galileo was in fact right. How? A committee had discovered this.

Scientists have studied a visual illusion first discovered by Galileo Galilei, and found that it occurs because of the surprising way our eyes see lightness and darkness in the world. Their results advance our understanding of how our brains are wired for seeing white versus black objects.

*Continue to seek and be open to the truth. If someone says something that you don’t agree with today, call them out on it. Hopefully it will lead to constructive conversation.

Jane Seymour 1951 – a round of golf and pilates

Seymour heads to the golf course often to improve her game and get some light exercise. When she’s not working on her swing, she’s often in the gym using a Gyrotonic machine as part of her pilates routine. And she’s seriously devoted to her workout — she’s reportedly been attending Pilates classes for 30 years!

After four children, three grandchildren and four marriages, Jane says she’s in better shape than she was 40 years ago.

*Play a round of golf today and/or a get a Pilates workout in. What kind of shape will you be in 40 years? 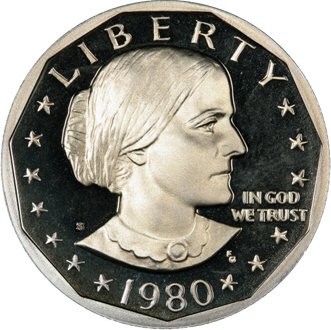 Susan B. Anthony Project promotes safety, healing, and growth for all survivors of domestic and sexual abuse and advocates for the autonomy of women and the end of interpersonal violence.

*Susan B. Anthony wouldn’t live to see her dream of women’s suffrage but the project in her name can continue to help women. Think of donating to this cause on her birthday.

McCormick’s lesson is to think of the market from the customer’s viewpoint and how every aspect of the total offer can be improved.

*When you do have your own business, think like a customer of your business. What would be most important to you? I have been “Dolfing” and I love it!

“Helen, we’re both in sales.  Let me tell you why I SUCK as a salesman.”

A watershed “Tommy Boy” moment occurs when Tommy speaks one-on-one and gets on the same level with a waitress, ultimately convincing her to bring him chicken wings after hours, which is normally not allowed. In an “A-HA” realization, David Spade’s Richard – who’s given to ridiculing Tommy relentlessly – commends Tommy for his ability to read people, for getting inside Helen’s head and telling her what she wanted to hear, when she needed to hear it. Ultimately, this led to Tommy successfully making and selling his case – getting his chicken wings.

*Get in a little coat, get some chicken wings and watch Tommy Boy. RIP Chris Farley.

OK, why do the Simpsons live in a town called Springfield? Isn’t that a little generic?
Springfield was named after Springfield, Oregon. The only reason is that when I was a kid, the TV show “Father Knows Best” took place in the town of Springfield, and I was thrilled because I imagined that it was the town next to Portland, my hometown. When I grew up, I realized it was just a fictitious name. I also figured out that Springfield was one of the most common names for a city in the U.S. In anticipation of the success of the show, I thought, “This will be cool; everyone will think it’s their Springfield.” And they do.
http://www.bongocomics.com/blog

*Make this Krusty burger and enjoy it while watching Tommy Boy and a few episodes of The Simpsons. It’s probably on FXX right now. Hey Hey!

I’m grateful that I live in Orlando and can go to Universal Studios to eat a real deal Krusty Burger on this day.