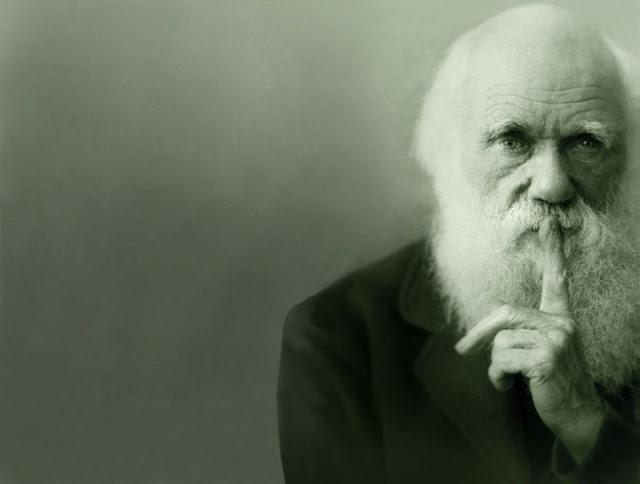 Darwin spent 20 years working on “The Origin of Species,” then dove into his next book, “The Descent of Man,” and followed that up with even more research. But he admitted, “If I had my life to live over again, I would have made a rule to read some poetry and listen to some music at least once every week.”

While Darwin’s admirers and followers got involved in bitter public debates with the representatives of the church, Darwin quietly did his scientific work and continued to light the candles of science and reason in the dark alleys of blind faith.

*Take time today to smell the evolved roses. Read some poetry and listen to some Michael McDonald.

If you are caught up on your reading, dive into “The Origin of Species”

*Watch Deadpool 2 for inspiration and then knock out Brolin’s “off day workout”. It’ll make you wonder what his regular workouts are like.

Earlier this year it was suggested to have a fitness role model. I finally found mine. As he turns 51 (just 5 years older than me), Josh Brolin looks great and is doing it the clean way. So, I’m going to use this BROlin workout on any day where there is not one suggested. I’m also going to use his meal plan and gardenoflife.com products as he does.

Bill Russell is a winner on and off the court. In honor of his passion, dedication and persistence to succeed against all odds, each year the Summit Bank Foundation will award a four-year Bill Russell Scholarship to a student who has overcome adversity in their journey for success in education.

Oftentimes where Russell would lead his team — besides to 11 championships, of course — was towards facing social injustices that were all too common in the 50s and 60s.

*Think how easy it would have been for Bill Russell to rest on his laurels. Instead he continues to make a difference well into his 80s. Make a difference yourself today. Donate to the above charity or find one that is going to help the cause of fighting social injustice in your community.

Don’t beat yourself up over the credit problems you have – even our greatest leaders have found themselves in drowning in debt and owing money.

DRASTIC MEASURES TO ELIMINATE DEBT MAY BE NECESSARY

When Lincoln’s debt obligations became real and his creditors came after him, he made significant cuts to his lifestyle. This achievement was much harder than it may seem. Lincoln had risen from a backcountry upbringing to economic level of at least some repute, and he wanted to keep it that way. His wife came from a far wealthier upbringing than Lincoln. She certainly didn’t expect to live in a tavern for the first couple years of her marriage.

Lincoln made cuts that he felt were absolutely necessary to get his debts paid. Interestingly, he was also willing to slash his largest expense (and often our largest expense as well): his home expenses. Are you willing to live in the “four-dollar-a-day tavern” to eliminate debt more quickly?

*Don’t beat yourself up about your debt, but make a drastic measure today. Actually living in a tavern sounds pretty cool though. Pick something to slash from your life and start putting that money towards paying off your debt today. Not convinced? Read this quote from J. Rueben Clark –

“Interest never sleeps nor sickens nor dies; it never goes to the hospital; it works on Sundays and holidays; it never takes a vacation. … Once in debt, interest is your companion every minute of the day and night; you cannot shun it or slip away from it; you cannot dismiss it; it yields neither to entreaties, demands, or orders; and whenever you get in its way or cross its course or fail to meet its demands, it crushes you.”

*There ain’t no mountain high enough, so listen to some Michael McDonald.

One of my favorite tacos! The spicy chipotle is the perfect in this dish, and you get really wonderful flavors with all of the spices

Mr. Lincoln was a hearty eater. He never lost his taste for the things a growing farmer’s boy would like. He was particularly fond of bacon.”

It’s worth noting that in the mid-1800s, “bacon” had a slightly different meaning. Today, this breakfast food’s defined as “cured meat taken from the side or belly of a pig.” But any slice of pork that had been salted and cured qualified as proper bacon.

*No one knows tacos better than Aaron Sanchez. Enjoy these chipotle pork ones – the modern day version of Abraham Lincoln’s love of salted pork.

What a day! Darwin and Lincoln born on the exact same day just a few hours apart.

The deepest common stuff the two men share, though, is in what they said and wrote—their mastery of a new kind of liberal language. They matter most because they wrote so well. Lincoln got to be president essentially because he made a couple of terrific speeches, and we remember him most of all because he gave a few more as president. Darwin was a writer who published his big ideas in popular books. A commercial publishing house published The Origin of Species in the same year that it published novels and memoirs, and Darwin’s work remains probably the only book that changed science that an amateur can still sit down now and read right through. It’s so well written that we don’t think of it as well written, just as Lincoln’s speeches are so well made that they seem to us as obvious and natural as smooth stones on the beach. (We don’t think, “Well said!” we just think, “That’s right!”)