Most of us attach special importance and greater weight to ourselves. It has been so since the beginning of time, and will likely be thus in the foreseeable future. But this prevents us from viewing things from different perspectives and can be costly in both our personal and professional lives.

In this regard, we have much to learn from Copernicus. While his hypothesis was literal, we would do well to remember its figurative interpretation and be reminded constantly.

We are not at the centre of the universe; the world does not revolve around us.

As I understand it, there is an underlying principle to Copernican astronomy, and that is that we are not as special as we thought we were in ancient times (if we disregard those Greek philosophers who, before Plato and Aristotle laid down the law, proposed not only atoms but a heliocentric system). Later, astronomers worked out the possible, or probable, number of Earth-like planets in the universe, and concluded that it was extremely unlikely that we were the only sentient species out there.

Push hard, rest smart. “What matters to me is the fact that I’m going to have to be the first one at the ball,” says Marta. “I give 100% of myself to the game and to my training. I’m very determined and really eager to always be great at what I do. I’ve always been motivated to go further and further and just accomplish more and more.” But knowing your limits is as important as pushing them. If you’re in a game and start to tire, don’t be afraid to ask your coach for a break—that’s what subs are for. You won’t be much good to your team if you’re lagging behind the action. Sometimes doing your best is knowing when to rest.

*If you’ve been pushing hard lately, take today to rest smart. If not, play soccer with friends.

If there’s an overriding message to Seal’s multilayer lyrics and ornate orchestrations, it’s an insistence on the innate human capacity to heal. With his rags-to-riches professional success and forlorn, forbidding childhood, he happens to know all about that. Abandonment, brutality and death were childhood leitmotifs for Seal, and when lupus left its calling card in the form of a spray of scars across his face at 23, the specter of an incurable disease joined that list.

*Look at a picture of Seal as you listen to his music. Think how easy it would have been for him to not want his face to be seen. Get out there and be seen today. 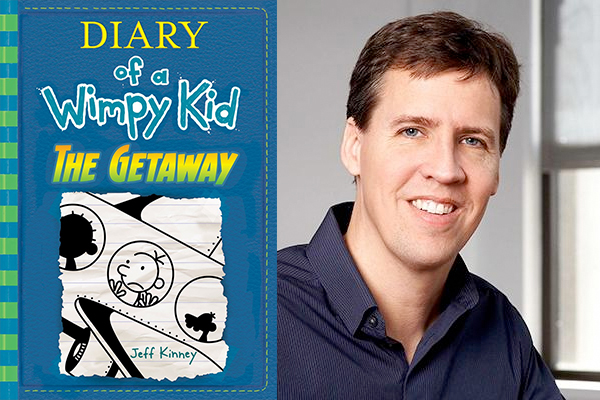 “My books wouldn’t have existed without the upbringing I had or without the family that I have,” concedes Kinney

Eight years ago, Kinney was a self-described “failed newspaper cartoonist,” playing too much Doom and struggling to come up with an idea that would jump-start his career. Today, Kinney is the No. 1 best-selling kids author in America and chief architect of the $500 million Diary of a Wimpy Kid franchise that has captured the playground with its irreverent attitude, playful drawings and spot-on understanding of a kid’s frustrations.

*Don’t be afraid to use what you know and who you are to help guide your future. Don’t be a wimp – start making your dream business today.

Dumb & Dumber is the kind of film you can bond with strangers over.

*This is one of my guilty pleasures. If Dumb and Dumber is on, I watch it. I also use quotes from it all of the time. Watch it today and see how it helps you bond with strangers. “So you’re telling me there’s a chance”

You may know Haylie Duff as an actress/singer/songwriter…but she is most at home in the kitchen.

“I started cooking for my friends and family and realized people loved my recipes! So, I decided to share them and started The Real Girl’s Kitchen blog.”

*Listen to Seal while making Haylie Duff’s stuffed shells and enjoy them while watching Dumb and Dumber. “I like it a lot”