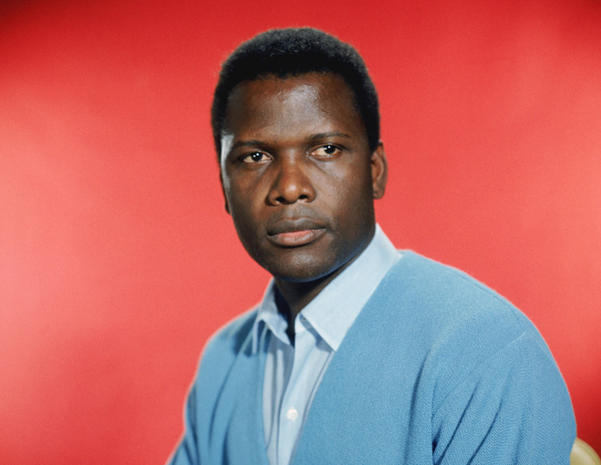 Poitier is hardly dogmatic and subscribes to no particular faith; his views are informed by Christianity, but also by other influences, including the Caribbean voodoo practiced by his Bahamian mother and thinkers such as Carl Sagan. Without saying it explicitly, Poitier worries that the world his great-granddaughter inherits will be continually threatened by religious conflicts. God, he pleads, “is for all of us. It is not a God for one culture, or one religion, or one planet.”

With his unique career, a career he forged without any precedent or model, Sidney Poitier helped change many stubborn racial attitudes that had persisted in this country for centuries. He has built the bridges and opened the doors for countless artists in succeeding generations. He is an actor who stood for hope, for excellence, and who has given happiness to millions of people around the world.

*If we could all think like Poitier, the world would be a much better place – “It is not a God for one culture, or one religion, or one planet.”

“When I got to Philadelphia, Dr. J., Moses Malone, Maurice Cheeks, they never practiced,” Barkley said. “They’d sit on the side or on the stationary bike eating McDonald’s. Once I had been in the league X amount of years, I adopted that philosophy.”

*Go to McDonald’s. Buy one cheeseburger. Then drive to the gym and eat said cheeseburger while riding a stationary bike. If anyone asks, just simply say that it’s Charles Barkley’s birthday. Keep pedaling until you’ve burned off all 300 calories and then move on to your favorite workout.

Her challenge to the slave system had expanded to a challenge to the many established customs and laws restricting women and African Americans. Her urgency was no longer fueled by fears of a heavenly intervention and reckoning, but by an awareness of the continuing suffering inflicted by human society on its own members.

Drawing her views from natural rights theory (as set forth in the Declaration of Independence), the Constitution, Christian beliefs in the Bible, and her own experience of slavery and racism in the South,

*One thing that I will never understand are Christians who hate. The church I grew up in always had a disturbing undertone of racism, sexism, and homophobia. This is what has always turned me off about set religions. I would much rather go through life being kind to everyone than relying on a church to get me into heaven.

This is one reason you should keep your BOOKKEEPER separate from your ACCOUNTANT. The professions are distinct, and they serve as a check and balance system to make sure each is doing their job.

*I wouldn’t argue with Rihanna. If possible have a separate bookkeeper and accountant. If married, maybe each could have a separate role in the family finances. And please don’t stop the music.

Be empathetic toward others.

Even when it didn’t seem like it, Kurt cared for others on a deep level. He would always listen to his fans, no matter what. He liked to receive fan mail because he wanted to hear from the fans, whether it be about how his music impacted them or how they interpreted the lyrics. He was interested in the well-being of others, something that we should carry on, as well.

*Be interested in the well-being of others as you listen to Nirvana and Kurt Cobain’s acoustic songs too.

“Life goes by quickly, and I’ve learned that decisions made from a place of confidence—rather than one of fear—are the ones that get me to the place I want to be.”

*Start your day off from a place of confidence and with Cindy Crawford’s mint cacao morning shake. If you like this recipe, use it as much as you like, as there aren’t very many breakfast recipes in 365DOLF.