Search for the * to receive today’s advice.

Val Fitch, who shared the 1980 Nobel Prize in Physics for work that revealed a surprising imbalance in the laws of nature and helped explain why the collision of matter and antimatter has not destroyed everything in the universe

*Realize how close we are to the universe being destroyed. Live today accordingly.

Go Chuck Yourself: In fitness – Let’s say you’re 100 pounds overweight, out of shape, and just getting started with exercise.  Are you gonna try to run a marathon, pack on 50 pounds of muscle, get great at Yoga, and compete on Ninja Warrior…all at the same time?  Chuck no – that’s a recipe for disaster!  Put your focus on weight loss; get really good at eating right, exercising regularly, and staying consistent.  You can deal with the other things you’d like to accomplish once you master that first goal.

Chuck Norris was born feet first. It was the only time a doctor died during childbirth.

When Chuck Norris was born, he cut his own umbilical cord. He then used it to strangle the doctor who slapped him on the butt.

When Chuck Norris was born, the only person crying was the doctor.

Little known medical fact: Chuck Norris invented the Cesarean section when he roundhouse-kicked his way out of his mother’s womb.

When Chuck Norris was born, the doctor exclaimed, “It’s a man”

After Chuck Norris was born, he drove himself back home.

In 2001, famed actress Sharon Stone had the worst headache of her life. The pain was so severe, Sharon says, that she felt as if she had been shot in the head. Later, doctors discovered that Sharon had experienced a stroke. During this traumatic time, she had an MRI and remembers seeing a white light and getting a glimpse into the afterlife.

*From the Indecent Proposal “money shot”, to feeling like she was shot in the head. Life goes fast. Make sure you are ready for the afterlife.

I always had good personnel. I paid more than the going rate. But I worked too hard, because I couldn’t delegate. I wanted to oversee everything. I said, “I know exactly where I want to go, but I can’t explain every thought, every idea I have for the future of this company.” Many people left. I was burnt out, so I had to sell. Do you know what it’s like when you’ve given so much, there’s nothing left?

*Whether it’s at work or as you start to build your business, find a way to delegate something today that you would normally do yourself.

No matter what, remember what matters.

In “Jesus Take The Wheel” and “So Small,” we can reevaluate our lives and realize what is most important to us. It is in our most dire moments that we realize what matters to us most. We should never take for granted those nearest and dearest to us, and it is through our struggles that we become who we are.

*Listen to Carrie Underwood while doing her leg workout, which can be part of your “ELAMM” 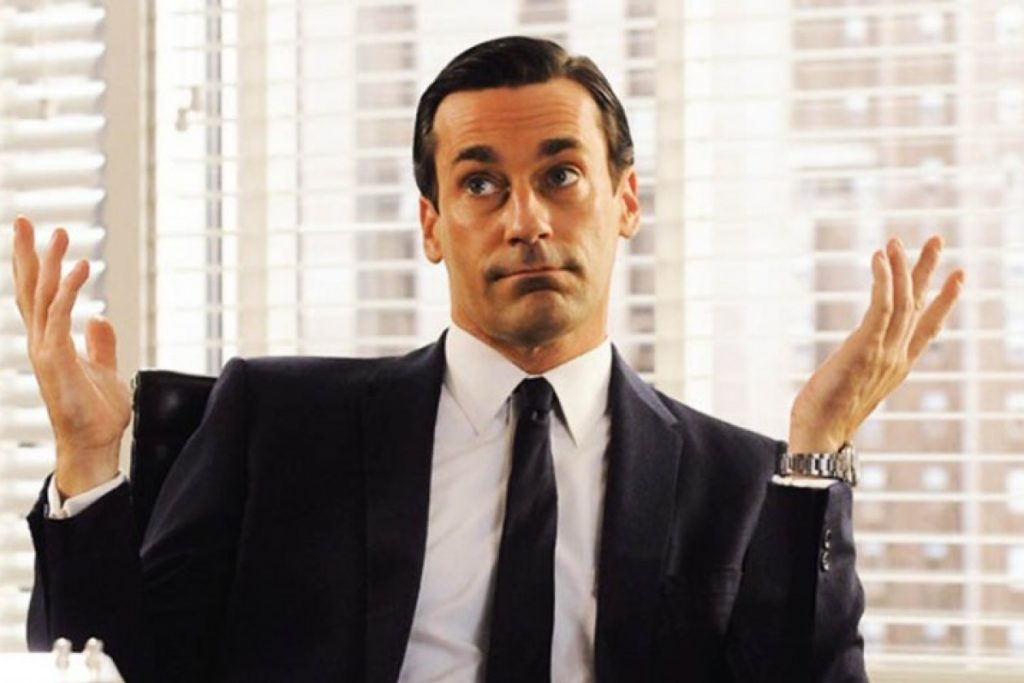 “I am very cognizant that I am playing a character. Don Draper is a pretty dismal, despicable guy, so why I would want to take him home with me I don’t know… It’s a strange thing. People tell me they look up to Don, like they look up to Tony Soprano or Walter White [in Breaking Bad]. People have these weird fascinations with people who in reality you would not want to be for a second. There seems to be that vicarious thrill. Maybe it is the fact of doing everything wrong and getting away with it.”

*Remember “ELAMM” and stick to one slice of bourbon ham and wash it down with just one bourbon.