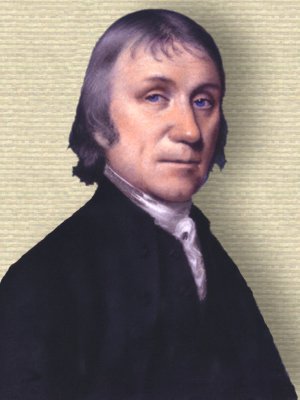 The world recalls Priestley best as the man who discovered oxygen, the active ingredient in our planet’s atmosphere. In the process, he helped dethrone an idea that dominated science for 23 uninterrupted centuries: Few concepts “have laid firmer hold upon the mind,” he wrote, than that air “is a simple elementary substance, indestructible and unalterable.”

Losing loved ones to drug addiction while growing up on the South Side of Chicago changed Common’s outlook on life. “I wanted to do something special in life, and my deciding to be healthy was part of that decision,” he says. “When you work out and eat well, then you feel more conﬁdent, more vibrant, and your mind is clearer, too.”

*Another day to ELAMM – Eat less And Move More. Work out and eat well today to build on your confidence and make your mind clearer.

What it does have is philosophical dogma which it claims is scientifically validated by its practice of auditing. And while these dogmas do assert belief in a soul which is independent of the body and which usually resides in a person’s head, the origin of the soul is obscure while its destiny is vaguely described in Buddhist terms of escape from the cycle of rebirth. Scientology is an eclectic collage of philosophical and religious notions imaginatively brought together in a loose system by a man with a gift for fantasy.

Scientology contains very WORKABLE techniques for improving self-confidence, tuning up memory and mental alertness and increasing one’s sense of self-worth and wellbeing. These techniques can be explored very easily. If you have an interest in self-betterment simply buy the book SELF ANALYSIS and read it and do the memory exercises in the book.

*By the end of 365DOLF you will come to realize that I’m not a big fan of any organized religions. I do believe that we have a soul and there is a God that wants us to have faith in his decisions and be the best people that we can be. Think of buying the book Self Analysis – read it, and do the memory exercise for self-betterment.

Ralph Roberts played a key role in the development of the cable television industry. But perhaps most importantly, he was a kind and humble human being who loved his family deeply and unconditionally.

*If you are working on your money but not being a kind and humble human being who loves his family, it’s not going to be worth it. To save money, look into “cutting the cord” and getting rid of your cable. Have a young person show you how to watch everything you need on-line.

Originally, William H. Macy was being considered for a much smaller role, but the Coens had him come back and read for the part of Jerry Lundegaard. Macy was so convinced he was the right man for the job that he pleaded with the Coens, even threatening to shoot their dogs if they didn’t cast him (jokingly, of course). Macy ended up receiving an Academy Award nomination for his portrayal of the bumbling Lundegaard, but lost to Cuba Gooding Jr. for Jerry Maguire. Macy claimed the role was a major turning point in his career, and that after: “I was ratified! I was sanctified! I’m a made guy.”

Basically anything with pineapple was fair game in the 70s due to an increased interest in Hawaiian culture.

*Watch That 70’s Show while smoking in the basement and eating this healthy 1970s chicken and pineapple. ELAMM

A recent Centers for Disease Control and Prevention report revealed that 38 million Americans drink too much, but what cities have the biggest alcohol problems on their hands?

Bustle.com examined the CDC data and identified the 10 “drunkest” U.S. cities based on their binge and heavy drinking rates.

Fargo, N.D., took the top spot, with 28% of residents qualifying as heavy drinkers

*Then watch Fargo and drink way too much.