YOU TAKE ALL THE SHOTS DAY

Believe in yourself when no one else does. Lin’s only the 4th graduate from Harvard to make it to the NBA.  He’s also one of only a handful of Asian-Americans to make it. He was sent by the Knicks to play for their D-League team 3 weeks ago in Erie, PA.  He’d already been cut by two other NBA teams before joining the Knicks this year.  You’ve got to believe in yourself, even when no one else does.

*Believe in yourself. If an Asian-American Harvard graduate can cause Linsanity in the NBA, you can do anything today.

BARBARA EDEN WAS PREGNANT FOR THE FIRST SEVERAL EPISODES OF THE SERIES.

Jeannie’s skimpy pink-and-red harem costume was an instant iconic look for the show, but aside from the fall 1965 pilot, titled “The Lady in the Bottle,” Eden was significantly covered up for the first 10 episodes of the series. 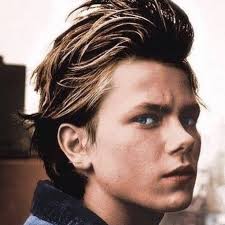 River’s sister Rain described how the three eldest children decided to turn vegan. They were on a ship to Florida when they witnessed how a group of fishermen were slamming live fish against nails sticking out of the side of the boat. This disturbed the children greatly, and they told their parents that they would no longer eat any animal products.

*Think of going vegan today. Animals have souls too. This means you’ll have to ignore the FOOD section today.

The Guggenheim Family has created a legacy by funding the development of foundations, schools, the creation of museums, art collections, acts of individual creation, innovations in science, aeronautics, and the advancement of critical thought.

“When you get depressed you look in and ask what’s going on. Introspection is a great tool for an artist,” he says. “It does help in a weird way.”

*Look in as you listen to Rick Springfield today. Today is also the day to let your friend know that you are in love his girlfriend.

In a 1998 interview with Sports Illustrated, Joe Bryant told the magazine that Kobe was in fact named after a restaurant in Philadelphia. “I don’t know if I should say that, they might want the rights to the name,” said the father of the then-rising star. Ironically, owners of Kobe temporarily renamed the restaurant “The Answer” before the 2001 NBA finals where Allen Iverson’s 76ers squared off against Kobe (and Shaq’s) Lakers. The Lake Show won the series 4-1 and The Answer Japanese Steakhouse became Kobe once again. Unfortunately, the restaurant has since closed. Sorry Kobe fans, no pilgrimage for you.

*Enjoy this Kobe steak and don’t share it with anyone. Wash it down with a Black Mamba punch – in fact, turn the drink into a round of shots, and you take all the shots. This means you’ll have to ignore the SOUL section today.

Austin bartender Stephanie Teslar loves mulled wine; she also believes that wine is an underused cocktail ingredient. So, in her punch-like Black Mamba, she combines rich house-mulled wine with gin and applejack. It all gets a lift from lemon, Fernet Branca and mint, giving the unexpected combination a pleasantly odd cooling quality. The result is a dark purple drink with an edge. Or a bite, you might say.