He joined the U.S. Navy after being expelled from Yale after a prank in which he blew up a student’s door.

The copious amount of literature Cooper produced, both classic and mundane, is a tribute to his commitment. The author Henry James described Cooper’s infatuation with America as his donnee, his “given.”

*Decide what your donnee is today – what is your “given”? 365DOLF is my donnee. Start reading The Last of the Mohicans by birthday boy James Fenimore Cooper. The movie is really good too – “Stay alive. No matter what occurs, I will find you. You stay alive!” 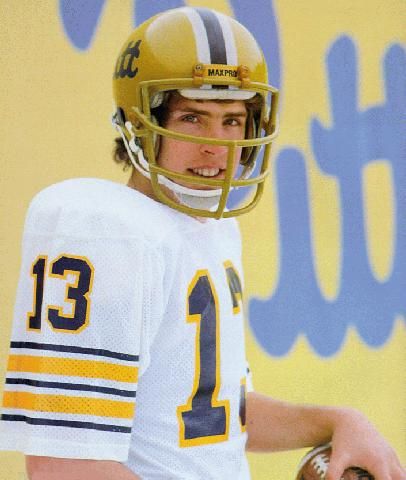 The legend: A drug rumor caused Dan Marino to slip to the 27th overall pick in the 1983 draft. The rumor was started by someone inside the NFL, perhaps someone in the Dolphins organization, to cause Marino to fall into a successful team’s lap.

The rumor was pervasive and convincing enough that former Steelers Coach Chuck Noll admitted in a 1992 Associated Press interview to passing on Marino specifically because of the rumor. The Steelers, of course, were close to the epicenter of all things Marino in 1982—Marino grew up in Pittsburgh and went to Pitt—at a time when being geographically close to a story made a big difference.

“I do a lot of cardio — treadmill and elliptical,” says Marino, noting that he trains with retired running back Terry Kirby, who played for the Dolphins from 1993-95. “It’s always good working out with someone else to help you push a bit. I try to do something every day, in the morning. [It gets] your day going.”

*Workout on the treadmill and elliptical with a friend this morning. Go outside and play some catch with a football – try to throw for 61,361 yards. Don’t do drugs with said friend. Hail 2 Pitt!

*If you love God, then you must love all of his people too.

For the fifth birthday of his son Roland, Ettore made a miniature version of the Grand Prix Bugatti, which he equipped with an electric engine.

This model, named “Bébé”, later became a commercial success too. Bugatti manufactured around 450 copies for the children of its customers.

*You can’t afford a Bugatti. Ever. Get your oil changed.

David Halberstam, winner of the Pulitzer Prize for his coverage of the Vietnam War, proclaimed “Platoon” as “the first real Vietnam film and one of the greatest war movies of all time.” The film became the third-highest grossing film that year and won Stone his first Best Director Oscar as well as several other awards, including the Oscar for Best Picture.

Oliver Stone’s Oscar-winning film “Platoon” brought the true horror of the Vietnam War to the big screen. Based on Stone’s own experiences as a soldier in the conflict, the film captivated millions of viewers all over the world.

*I could watch Oliver Stone’s JFK every night, in fact in college I did. Never mind, that was Full Metal Jacket. But anyways, Platoon is another Vietnam War movie that will make people ask “why?’ when it came to this controversial war. See for yourself tonight. 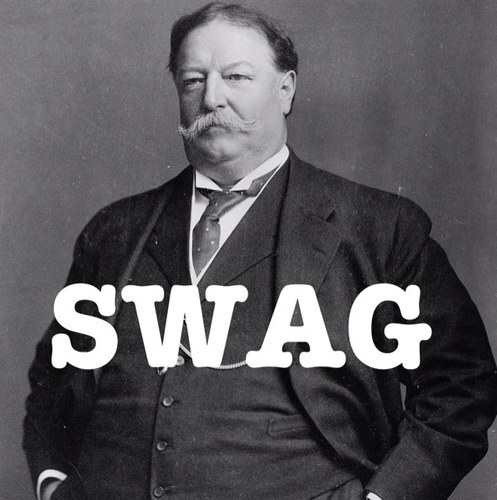 “The funny part is that while Taft was president, the White House got a tub that was so big a president couldn’t possibly get stuck in it,” Carlson says. Indeed, just weeks after Taft’s 1908 election, the captain of a warship carrying the president-elect to inspect the Panama Canal re-quested a super-sized bathtub capable of holding the heftiest man ever to occupy the Oval Office. Since no “Taft-size” basin could be found, a Manhattan company specially crafted the largest solid porcelain tub ever made for an individual. It was more than seven feet long, 41 inches wide and weighed a ton—literally.

It was President Taft’s favorite food, and given that the White House had to custom-build a bathtub to accommodate his girth, you’ve got to respect the man’s opinion.

*Eat this turtle soup until you cannot fit in your bathtub. You’d overeat too if you had to replace a legend like Teddy Roosevelt. Taft was the better trustbuster though. Wash it down with some of Dan Marino’s Rock N Roll Tequila.

Dan Marino is a partner in Rock N Roll Tequila which debuted its premium tequilas in handcrafted, glass guitar bottles in March, 2017.