Self-Actualization Needs
Maslow describes self-actualization as a person’s need to be and do that for which the person has a vocation. It is his ‘calling’, a full expression of his or her creative potential. It is to be autonomous and fully-functioning. If these needs are not met, the person feels restless and frustrated, even if successful in other respects.

*Take the above free online career test to see if maybe you need to change what you do for a job to fill your creative potential. 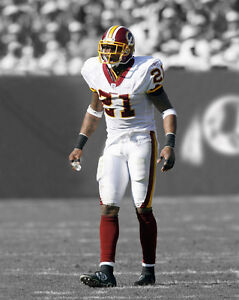 “You started hearing stories of him getting dropped off at the facility in the morning and then he’d jog back home. Then he started jogging to work and jogging home. In everyone’s eyes he was already one of the best, but his thought was he’s going to go even further and higher,” former Redskins running back Clinton Portis said. It was about a 3-mile jog from Taylor’s apartment to the facility, meaning he’d jog an extra 6 miles a day when he ran to the facility and back.

*Jog to work and back home today. Or at least park 3 miles from work and jog to and from in honor of the late Sean Taylor

Hunter dropped out of show business for two decades starting in 1956 in favor of working as a licensed practical nurse at a hospital in the New York City area. She broke from this routine only once, in 1961, in order to make a justly celebrated album for Bluesville which reunited her with her old friends Lovie Austin and Lil Hardin Armstrong. None of her patients or co-workers at the hospital had any idea who she was or what a famous name she had been, and Hunter preferred it that way.

*If money weren’t an issue, what dream job would you want? Which job would be good for your soul?

He was ruthless in getting what he wanted and thought little of taking people’s money (through Wall Street and business dealings) if he thought it would make him just a little richer. He was killed at the age of 37 by a former business associate.

*Is your quest for getting richer, going to get you murdered by the age of 37? If so, today is the day to make the necessary changes. It may just save your life one day.

Mackenzie Davis 1987 – watch Izzy Gets the F**k Across Town

Davis is truly magnetic and one particular scene between she and Coon—with years of pent-up resentment expressed through a duet, show entirely in shot-reverse-shot like a conversation as though they weren’t in a room full of people watching—is easily the movie’s standout. 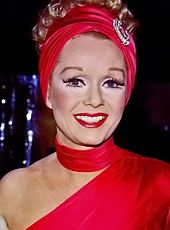 Debbie Reynolds, the Oscar-nominated singer-actress who was the mother of late actress Carrie Fisher, has died at Cedars-Sinai hospital. She was 84.

“She wanted to be with Carrie,” her son Todd Fisher told Variety.

She was taken to the hospital from Carrie Fisher’s Beverly Hills house Wednesday after suffering a stroke, the day after her daughter Carrie Fisher died.

*Make these tootless beans while listening to Debbie Reynolds songs.