BE BOLD BE BRAVE BE YOU DAY

Despite her success with AdSense, Wojcicki by 2006 was running a Google unit — Google Video — that was getting trounced by a small startup called YouTube, where millions of people shared their self-produced videos online.

Wojcicki’s solution to that problem shows her calm under fire. With just a day’s notice, she developed and presented to Google’s board the financial model justifying the $1.65 billion purchase.

*Show calm under fire today and be looking for a way to turn a negative into a positive. Whip Those Crosses In

Get Your Head Up & Take Shots

*Her website will encourage you to BE BOLD, BE BRAVE, BE YOU – do that while playing a game of soccer today.

No Christian prays for endless sin and punishment. If God permits it, it must be good and right. Why not pray for it? All Christians pray for the salvation of sinners, and yet Orthodox Christians profess to belief it will never be. The first essential of prayer is that it be in faith. The Universalist Church is the only one that believes in success.

*Look into the Universalist Church – it may be for you. Also watch The Greatest Showman for both Soul and Money motivation.

He spent time down in the mines himself before moving to the management side of the business. So, unlike some billionaire inheritors, Cline has experience down in the pits and knows the base functionality of his business. He’s lived it.

*You have both life and job experience. Why can’t you move to the management side of the business and run it the way you wish it was operating now.

Huey Lewis 1950 – Listen to Huey Lewis and the News 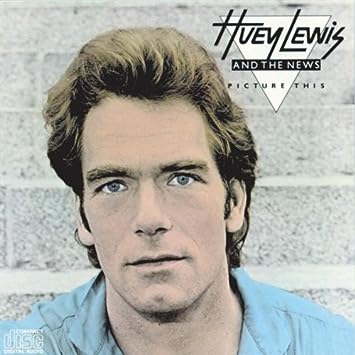 These Grammy Award winners have written and performed such classic Top Ten Hits as “Heart of Rock & Roll”, “Stuck With You”, “I Want A New Drug”, “If This Is It”, “Hip To Be Square” “Do You Believe In Love” and “Workin’ For A Livin”. The group also wrote and performed “The Power of Love” and “Back in Time” for the hit film Back To The Future. “The Power of Love,” nominated for an Academy Award, went to #1 on Billboard’s singles chart, and was a smash hit worldwide.

*Listen to some classic, feel-good, 80s rock and roll – Huey Lewis and the News. Because it’s hip to be square.

If Nurse Jackie starts her day with this, it’s got to be good for you, right?

*After a long night of the 4th, wake up to some cinnamon toast to start the 5th. Compliments of Mrs. Soprano, or Nurse Jackie.