Newton grew up with a vulnerable and eccentric character besides having a low self-esteem, and he was someone who only uncommonly developed any close relationships. On review it is argued that his distrust and suspicions of others, and the fear that he might be harmed by criticism and his discoveries stolen, followed from his mother’s separation from him in childhood and not, as has been claimed, from the developmental disorder of Asperger’s syndrome.

*One of the greatest minds in world history was warped by his mother, so don’t stress if your mother has you in therapy.  If you’re not in therapy because of your mother, look into it.

Kris Bryant left no doubt about who should be the National League’s Rookie of the Year, unanimously winning the award after proving he’s a franchise player for the Cubs.

Hardest workout you’ve ever done:
In college, my team did the CrossFit WOD Murph. It was ridiculously hard, but it definitely got me in shape.

In memory of Navy Lieutenant Michael Murphy, 29, of Patchogue, N.Y., who was killed in Afghanistan June 28th, 2005.

*Try doing the “Murph” today. Any parts that you can’t do, focus on improving those areas this year.

Louis was excited about this new way to read. He spent most of his free time learning the system. He knew it would have to be made simpler. He also had to find a way to include numbers and punctuation. So in his spare time and late at night, Louis worked hard to improve the captain’s system. With a pointed instrument called a stylus and a wooden writing board with paper, Louis continued working on it. After two years of work, when Louis was 15, he finally created a new code. It was easier to learn and quicker to read.

Volunteers are a critical part of the Learning Ally team.

Thanks to our dedicated volunteers nationwide, both in studios and virtually, we can continue to grow our extensive library of nearly 80,000 audio books and help improve the lives of families all across the country.

*In honor of Louis Braille’s birthday, volunteer at learningally.org to help produce audio books for the blind. A way to donate time instead of money. 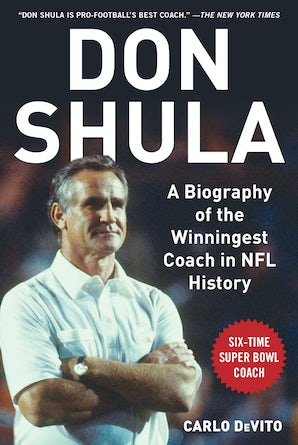 The Shulas explain their success with coachspeak: Find great people, then focus on the fundamentals.

*I am a former high school basketball coach. It controlled my life for over a decade. If I were to ever put the time and passion behind starting a business that I did into coaching, there is no way that business could fail. 365DOLF is my new passion.

Find your passion this year. Find great people to help and focus on the fundamentals.

R.E.M. founding members Bill Berry, Peter Buck, Mike Mills, and Michael Stipe played their first show on April 5, 1980, at a friend’s birthday party in an abandoned church in Athens, Georgia. From that point forward until 2011 when they decided to call it a day, the band released fifteen albums, toured the world, won multiple Grammys, were inducted into the Rock and Roll Hall of Fame, and have left a lasting legacy of great songs that defined an era.

*Listen to R.E.M right before you enter a deep sleep tonight.

What’s your favorite dish you’ve ever made?
I don’t really have a signature dish per se because I don’t really like to be locked into something like that, but I really enjoy making soups because I really feel that they are heartwarming and soulful. And you can do fun things — like we’ll be able to do a butternut squash bisque, but instead it’s like clarified and clear, with a cinnamon marshmallow that you pour the soup on top of and it dissolves. So, fun things like that. I like to just have whimsy.

At age 27, Elliot became the youngest four-star chef to be named in any major U.S. city and was named one of Food & Wine magazine’s “Best New Chefs” in 2004. In May of 2008, Elliot opened his eponymous restaurant, Graham Elliot, which went on to become one of only 15 restaurants in the U.S. to be awarded two Michelin stars.