Look for the * to get today’s advice

Her name is now used as shorthand to invoke style, character, place and time. “Wharton” has even become a verb! In a recent New York Magazine article, a socialite was described as spending most of her adult life Edith Wharton-ing her way through Manhattan’s upper crust.

At age 17, Edith Jones “came out” into society, making the rounds of dances and parties in Newport and New York, observing the rituals of her privileged world, a world she would later gleefully skewer in her fiction. Her childhood ended with the death of her father in March of 1882, followed by two romantic disappointments. Still unmarried at the age of 23, Edith was rapidly approaching “old maid” status. In 1885 she married Edward Robbins (Teddy) Wharton. Though imperfectly suited for each other, the couple filled their early married years with travel, houses, and dogs.

*Today’s focus is on marriage. I’ve been engaged 3 times and married twice. My current wife is 21 years younger than I am. The one thing that makes it work is travel. We are always either planning a trip, counting down the days until a trip, or actually on a trip somewhere. We don’t have kids yet so this is easy, but my advice to anyone who is or wants to be married, is to find that common interest and have it be the guiding light of your marriage. Maybe like Edith Wharton it could be travel, houses, and dogs.

Core and leg strength are critical, Wallenda said, as well as cardiovascular fitness. The bar he uses to help with balance weighs 45 pounds, and while he walks he essentially has to hold it in a curl.

*In honor of the Great Wallendas and our birthday boy Nik, use a curl bar that is not too heavy and walk around the gym with it in a curl position. Use your imagination and envision you are walking a tightrope across Niagara Falls, 1800 feet high, establishing a world record.

Mr. Roberts crusades are non-denominational. He is a member of the Pentecostal faith, but his converts go into virtually all faiths including Catholic and Hebrew.

Welcome to the Oral Roberts Ministries Prayer Group. Here at ORM we believe in prayer! We believe that prayer is the key that unlocks the throne of God’s mercy.

*Go to the website and send a prayer request. Whatever is weighing most on your mind today, use the Oral Roberts website to help in prayer.

The singer Neil Diamond may have set a new trend in the music world by giving an unprecedented refund to his fans after performing with a raspy voice.

“Songwriting gives me the greatest joy, the greatest sense of accomplishment, the sense that my life does have some purpose, although I don’t fully understand it right now. It’s what I am.”

*The customer is always right. Set a trend like Neil Diamond and always give refunds when the customer hasn’t received your best. Hopefully you are striving to do what gives you the greatest joy and the greatest sense of accomplishment for a living. You’ve gotten a face tattoo and had a shotgun-wedding with a stripper. Why does the craziness follow you?

It just never ends for Stu. Stu’s the punching bag of the Wolfpack. He gets verbal abuse and physical abuse of all types.

Speaking of physical abuse, you lose a tooth in the first one. But I heard you actually are missing a tooth in real life?

Yeah, my right lateral incisor is an implant, so my dentist was just able to take it out for the production.

*Get together with your wolf pack and watch The Hangover. Booze it up so you can experience a hangover tomorrow morning. You’ve been working hard and you deserve to let loose. Make a dentist appointment for 2/13 at 2:30. 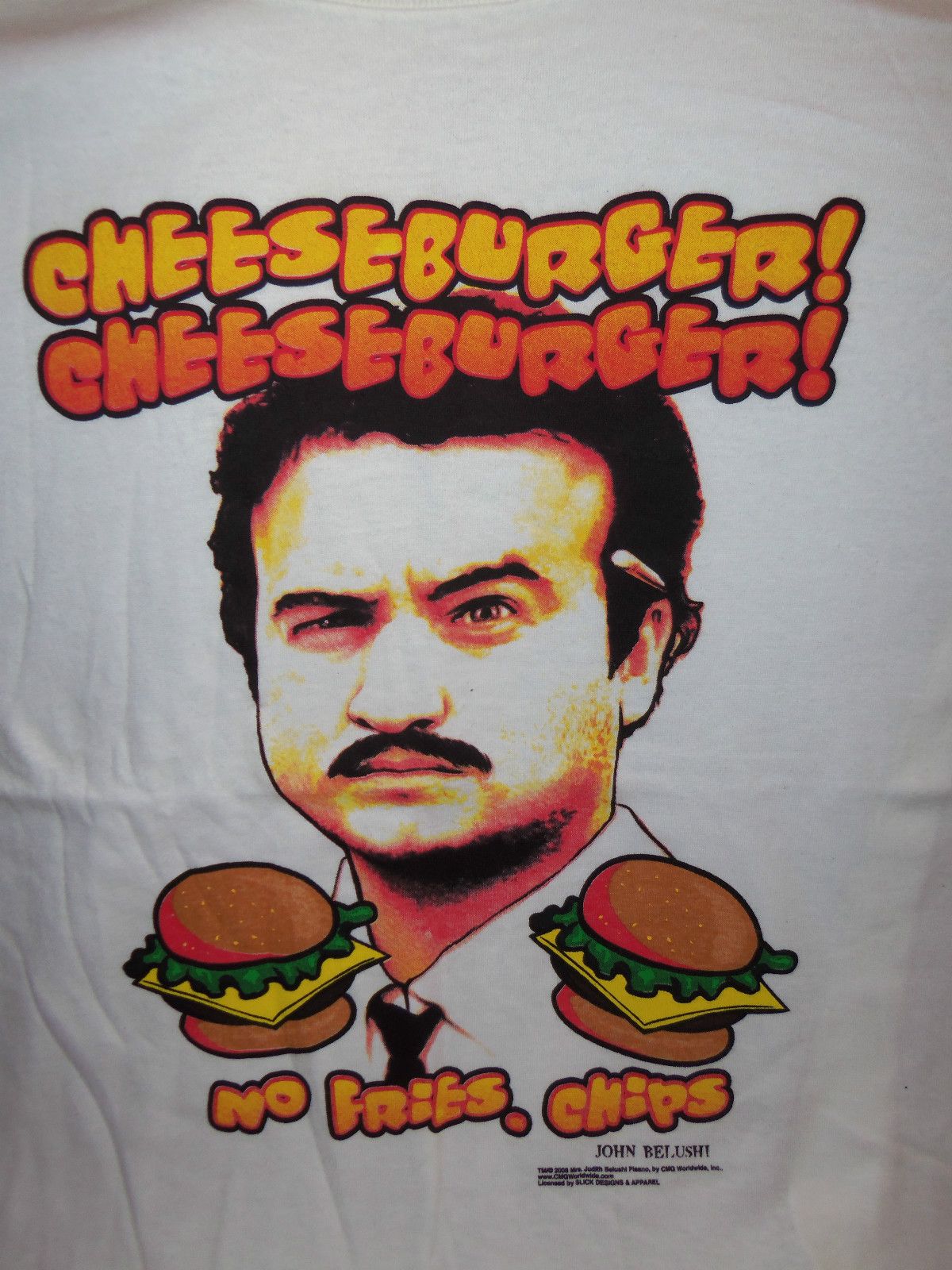 Ordering at the Billy Goat may go something like this: “Cheezborger! Cheezborger! You want doublecheez?!? Who’s next!?! WHO’S NEXT!?!” If you take more than one second to answer: “Don’t look at the menu, look at ME! I order for you – DOUBLECHEEZ!” If you only feel like a single: “No. DOUBLECHEEZ!!!” If it’s the end of the week: “It’s Friday, doublecheez for everybody! It’s payday! Triplecheez for the big guy!” Want French fries with that? “No fries – CHEEPS!” Thirsty? “No Pepsi – COKE!” To drink: “Coke or Diet?!”

Such rantings by the Billy Goat staff have gone on for almost 40 years and originated when Billy Goat Sianis and another Greek immigrant by the name of Bill Charuchas would entertain patrons by yelling out: “Try the double cheese! It’s the best! No fries, cheeps!” In the 1978, Sam Sianis and Charuchas were immortalized by Saturday Night Live’s John Belushi, Dan Aykroyd, Bill Murray and Loraine Newman.

THE BUN
The Kaiser! Made specially for Das Goat! Straight from the bakery to your mouth, our kaiser rolls are baked and delivered fresh DAILY. Julia Child once said that it was these toasted bun that made our cheezborgers the best!

THE PICKLES
We use Kosher Dill Pickle Cheeps made exclusively for Billy Goat. Come for the cheezborgers,stay for the pickles.

THE MEAT
Fresh. Never Frozen. All-natural. 100% Beef – NO BULL.
These patties are made for stacking. They’re formed thin so they can be quickly seared on our flat top grill – sealing a pop of mouthwatering, juicy flavor in each patty. By the time WE decide what YOU order, that hot and tasty Double Cheezborger is waiting for you at the end of the counter.

*On John Belushi’s birthday, make yourself a Billy Goat Tavern cheezborger. Try not to yell out “food fight” as you and your wolf pack watch The Hangover and maybe follow it up with Animal House and/or The Blues Brothers

Wash it down with some Hangover Roofied Jager shots.

What do you learn after treating 11,000 train wrecks? How to avoid them. Dr. Jason Burke of Hangover Heaven offers his advice on the best ways to stay hangover-free.

At least not right away. “When you pass out, your organs slow down,” Burke explains. “Which means they aren’t metabolizing as much alcohol.” The more toxins you get rid of at night, the better you’ll feel in the morning. (So drunken late-night sex? Great on multiple levels.)

“A huge serving of fries isn’t really soaking up booze,” he says, “because alcohol is also a carb.” Scarf down protein and veggies instead.

“All of my worst cases have included the stuff. Germans, they don’t even drink it! It’s practically diesel.”