DOLFIEST DAY OF THE YEAR

The key to Franklin’s success was his drive to constantly improve himself and accomplish his ambitions. In 1726, at the age of 20, Ben Franklin set his loftiest goal: the attainment of moral perfection.

In order to accomplish his goal, Franklin developed and committed himself to a personal improvement program that consisted of living 13 virtues. The 13 virtues were:

Franklin would especially focus on one virtue each week by placing that virtue at the top that week’s chart and including a “short precept” to explain its meaning. Thus, after 13 weeks he had moved through all 13 virtues and would then start the process over again.

*Instead of 13 weeks, try this just today. Keep track throughout the day and see if you can attain moral perfection (in the eyes of the boozing and womanizing Benjamin Franklin.) If you like it, go ahead and try it for the next 13 weeks. 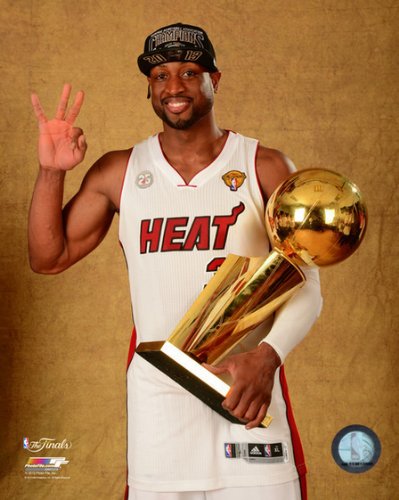 The Wade’s World Foundation provides support to community-based organizations that promote education, health and social skills for children in at-risk situations. Dwyane was inspired to start the foundation because he wanted to give back to underserved communities and support issues of purpose. “I can’t just let basketball define who I am and what I am supposed to become,” said Wade. “Like my mother always tells me, ‘My life is bigger than basketball.’”

Work on the following skills in all directions for specified duration. Maintain high intensity throughout.

*Hopefully the gym you belong to has a basketball court. If not, maybe the local high school or YMCA is your best bet to prepare for domination on the court like NBA superstar Dwyane Wade. Practice his skill work and show off those skills in a game of pick up.

We have one life; it soon will be past; what we do for God is all that will last.

You and I have been created for a divine purpose. Have you discovered what yours is?

This is not a question about religion, but rather about a responsibility we have as humans while planted here on planet earth.

Find your purpose. Fulfill your purpose. Nothing worse than getting to the end of your life not fulfilling your calling and applying your potential.

What would you like people to think about you when you are gone?

“I’D LIKE FOR THEM TO SAY.
HE TOOK A FEW CUPS OF LOVE.
HE TOOK ONE TABLESPOON OF PATIENCE,
ONE TEASPOON OF GENEROSITY,
ONE PINT OF KINDNESS;
HE TOOK ONE QUART OF LAUGHTER,
ONE PINCH OF CONCERN
AND THEN HE MIXED WILLINGNESS
WITH HAPPINESS.
HE ADDED LOTS OF FAITH,
AND HE STIRRED IT UP WELL.
THEN HE SPREAD IT OVER A SPAN OF
A LIFETIME, AND HE SERVED IT TO
EACH AND EVERY DESERVING
PERSON HE MET.”

The mission of the Muhammad Ali Center is to preserve and share the legacy and ideals of Muhammad Ali, to promote respect, hope, and understanding, and to inspire adults and children everywhere to be as great as they can be.

The Ali Center is a cultural Center that promotes the six core principles of Muhammad Ali (Confidence, Conviction, Dedication, Giving, Respect, and Spirituality) to achieve personal and global greatness, and provides programming and events around these principles.

Your gift will support…

Make a gift today and join others who see the importance of preserving and sharing the legacy of Muhammad Ali.

*An overload of soulful inspiration from Muhammad Ali. Pick what you like best to help inspire you today. As for me, this is my favorite – “This is not a question about religion, but rather about a responsibility we have as humans while planted here on planet earth.”

“I hope everybody could get rich and famous and will have everything they ever dreamed of, so they will know that it’s not the answer.” – Jim Carrey
Jim Carrey means that everyone chases money, wealth, success and fame, thinking it will bring them happiness.  Once they attain it, the person sits there and thinks “That’s it?  That’s what all the hype was about?  I don’t feel happy.  I don’t feel fulfilled.  I don’t feel anything.”

*Investing in people as opposed to trying to impress people will leave a lasting effect through eternity whereas fame and money will be quickly fleeting. 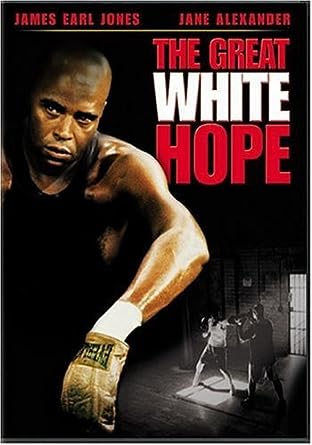 The Great White Hope was shot on the 20th Century-Fox lot, using the sets which had recently been created for Hello, Dolly! (1968), and at various locations in Globe, Arizona and Barcelona, Spain. Jones remembered filming in Barcelona in his autobiography, Voices Chosen, “In Barcelona there was the tension of the Franco regime, and Marty Ritt could not be comfortable in Spain, even though the Spanish people themselves were wonderful. It seemed as if they had democratized themselves on a spiritual and human level in spite of Franco and the fascist regime, and there was great prosperity as long as the labor movements stayed in line. […] I took photographs on the set. There were throngs of extras. Spanish soldiers were given ties, jackets, and straw hats, and marched in by the regiment for crowd scenes. On my birthday that January 1970, five thousand people sang “Happy Birthday” to me in Spanish in the Barcelona stadium. ”

*Of course you could watch James Earl Jones as Darth Vader, but instead watch him almost win an Oscar in The Great White Hope.

Former first lady Michelle Obama might find some of the latest actions by the Trump administration pretty difficult to stomach.

Mrs. Obama says that this is Sasha and Malia’s favorite.

*Make the First Cauliflower Mac and Cheese and enjoy it while watching The Great White Hope. Yes you can.

What a day! I believe this to be the best day of 365DOLF.