LOVE WHO YOU ARE DAY

General Douglas A. MacArthur’s extraordinary life of leadership spanned three wars and more than six decades inside and outside the military. He defined principles of leadership that were decades ahead of their time: principles reflecting extraordinary wisdom about strategy, motivation, organization, execution, and personal growth.

On MacArthur’s command, millions of American soldiers risked their lives. After winning the peace in World War II, he led 80 million citizens of Japan to embrace the most radical and successful cultural change any nation has ever achieved: the transformation from militaristic emperorship to modern democracy

“I Shall Return”: The power of symbol—and personal resolve

Speak the right words; then back them with the right actions

*Today is the day to learn a new trick to use all year long. If you are in an unwinnable situation, don’t just quit or give up, say “I shall return.” This reminds you to revisit the situation when you are more prepared and this time conquer it. Try this the next time you are in an argument and the other person won’t listen to reason.

Consider that “Sports Illustrated” named Gretzky the most dominant athlete ever out of any other sport. That’s a given. However, we’re taking that distinction one step further and adding in ‘greatest ever athlete,’ too.

Just as Jordan and Ruth’s faces are chiseled on sports’ Mount Rushmore, so too is Gretzky—except his mug is just a bit higher than anyone else.

“When you’re 6 years old, you want to do what makes you the happiest, and for me, it was to be able to skate in the backyard.”

*Think about when you were 6 years old. What made you happiest? That is your workout today. Maybe you’re like Gretzky – find a local ice rink and go skating. Maybe roller skating? I’m going to get a nerf basketball hoop and shoot hoops in my living room for hours.

When Zamperini told his life story — a rebellious childhood, Olympic glory, then the horrors of World War II, including 47 days adrift in the shark-infested Pacific, followed by two hellish years in prison — this was the climactic scene. He had been soaking his nightmares in alcohol, and he was facing divorce and obsessed with killing his torturers.

Graham said: “Here tonight, there’s a drowning man” at the breaking point, someone “lost in the sea of life.” It took a sermon or two, but Zamperini surrendered.

Meroney: A key turning point in Unbroken is the night in 1949 when you hear a young Reverend Billy Graham preach in Los Angeles. If that night had never happened, how do you think your life would be different?

Zamperini: I wouldn’t have a life. I think I’d be dead. I was going downhill, fast. But Billy Graham came to town.

Meroney: What did he say that got your attention?

Zamperini: The one thing he said that shook me up was, “When people come to the end of their rope and there’s nowhere else to turn, they turn to God.” I thought, That’s what I did on the raft. All I did was pray to God, every day. In prison camp, the main prayer was, “Get me home alive, God, and I’ll seek you and serve you.” I came home, got wrapped up in the celebration, and forgot about the hundreds of promises I’d made to God.

*I highly suggest reading the book Unbroken by Laura Hillenbrand. I hate to sound cliché, but the movie really doesn’t do it justice. Think about, in times of desperation, when you made promises to God. Take today to follow through on one of those promises. Seek God and serve him today.

Following the death of his father in 1950, Paul returned home to help manage the family sporting goods store, but after 18 months, he turned the business over to his brother and moved east to study at the Yale School of Drama.

Although he starred in numerous films and plays, and received many awards and accolades, his only Best Actor Oscar came with “The Color of Money” in 1987.

Since 1982, Paul Newman and the Newman’s Own Foundation have given over $495 million to charity.

*In The Color of Money you’ll learn that “money won is twice as sweet as money earned”. I think we can also learn from Paul Newman that giving money to those who are less fortunate is three times as sweet. Find a way to win some money today and donate that money to Newman’s Own Foundation. Buy some Newman’s Own products today for future recipes. 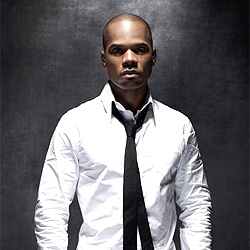 Over the past 25 years, there’s been no more prominent name in gospel music than Kirk Franklin. In that time, the singer has been no stranger to controversy. By merging hip-hop with gospel, he brought the stars and sound of the club scene into the church — and not everyone in the church has been comfortable with that.

Franklin continues to challenge audiences with his latest album, titled Losing My Religion. He spoke with NPR’s Michel Martin about pursuing faith without dogma, and why he wants to make God a cultural celebrity.

*I guess this could’ve easily been the SOUL message for today. Listen to Kirk Franklin songs and be entertained while soothing your soul.

Love who you are.

This one may be the hardest rule to live by, but it’s also probably the most important. “When I was coming out, someone gave me the Martha Graham quote, ‘There is only one of you in all time,’ ” says Ellen. “You’re unique, and you’re supposed to be,” she adds, now paraphrasing. “It’s not up to you to try to change it or question it. You’re supposed to be exactly who you are. I took in that message. I always remember it. It’s not up to me to question why, who or how I am. I just accept who I am, and I don’t judge myself.”

*Enjoy Ellen’s favorite tacos while loving who you are. You can judge these vegan tacos, but don’t judge yourself.